Home | Business News | CBJ Newsmakers | GameSquare Esports Announces Appointment of Justin Kenna, formerly of FaZe Clan, as GameSquare CEO and a Member of its Board of Directors

GameSquare Esports Announces Appointment of Justin Kenna, formerly of FaZe Clan, as GameSquare CEO and a Member of its Board of Directors

TORONTO, Jan. 22, 2021 (GLOBE NEWSWIRE) — GameSquare Esports Inc. (CSE: GSQ; FRA: 29Q1) (“GameSquare”, “GameSquare Esports” or the “Company”), an international esports company, is pleased to announce that Justin Kenna has been appointed as Chief Executive Officer and a member of its board of directors. Mr. Kenna most recently served as Chief Financial Officer for FaZe Clan, a leading esports brand, ranked by Forbes as one of the most valuable esports organizations worth more than US$300 million. Justin brings considerable experience in esports, digital media and digital agencies in the United States and Australia and has deep expertise in finance, strategy, and operations. Kevin Wright, the previous Chief Executive Officer of the Company, will continue in the role of President, a member of the Company’s Board of Directors and an active member of the executive team.
“Justin’s appointment as CEO is a testament to the quality of business we are building and the calibre of talent we are attracting,” said Kevin Wright, President of GameSquare. “Justin was instrumental in growing FaZe Clan into one of the world’s biggest gaming brands and he has tremendous experience in areas that will be critical to GameSquare’s continued success. I look forward to working with him as we collaborate on strategy and continue to build a leading organization that can monetize trends within gaming and esports, which is in the early innings of growth.”“I am excited to join GameSquare Esports at a time when I believe the Company is poised for significant organic growth,” added Justin Kenna, incoming CEO of GameSquare. “I am impressed with the assets that Kevin and the GameSquare team have acquired and I look forward to supporting its portfolio companies to accelerate profitable, organic growth. GameSquare is on a great path and I look forward to continuing the work of building a leading gaming and esports organization with the talented people at Code Red, and, upon completion of the previously announced acquisition, Reciprocity and its subsidiary, the Gaming Community Network.”Prior to joining GameSquare, Justin served as CFO for FaZe Clan, one of the world’s leading gaming brands. During his tenure at FaZe Clan, the organization grew into one of the most valuable gaming companies, as noted in Forbes’ The Most Valuable Esports Companies 2020. Mr. Kenna was previously the Director of Finance at Madison + Vine, a next-gen creative studio, and served in various roles at Goldman Sachs, Deloitte, and Ernst & Young. Justin is a Chartered Professional Accountant and received a Bachelor of Business, Accountancy from the RMIT University in Melbourne, Australia.In addition, the Company has granted a total of 2,000,000 stock options to Mr. Kenna pursuant to the Company’s stock option plan. The stock options vest in equal quarterly instalments over two years and may be exercised at a price of $0.44 per option for a period of five years from the date of grant. This grant of options remains subject to the approval of the Canadian Securities Exchange.About GameSquareGameSquare is an international esports company headquartered in Toronto, Canada. The Company is seeking to acquire additional assets and entities serving the esports market and, more broadly, in sports and entertainment. GameSquare’s acquisition of Code Red Ltd. (“Code Red”), an esports talent agency, provided an initial foothold in Europe through its UK operations. Code Red represents leading on-screen talent, players and influencers and works with leading global brands to develop influencer campaigns and esports marketing strategies.For further information, please contact Kevin Wright, President of GameSquare:Email: kevin@gamesquare.com
Phone: (416) 861-2267Forward-Looking InformationThis news release contains “forward-looking information” and “forward-looking statements” (collectively, “forward-looking statements“) within the meaning of the applicable Canadian securities legislation. All statements, other than statements of historical fact, are forward-looking statements and are based on expectations, estimates and projections as at the date of this news release. Any statement that involves discussions with respect to predictions, expectations, beliefs, plans, projections, objectives, assumptions, future events or performance (often but not always using phrases such as “expects”, or “does not expect”, “is expected”, “anticipates” or “does not anticipate”, “plans”, “budget”, “scheduled”, “forecasts”, “estimates”, “believes” or “intends” or variations of such words and phrases or stating that certain actions, events or results “may” or “could”, “would”, “might” or “will” be taken to occur or be achieved) are not statements of historical fact and may be forward-looking statements. In this news release, forward-looking statements relate, among other things, to: completion of the acquisition of Reciprocity Corp., the Company’s ability to execute its business plan, the grant of stock options, and the business, strategy and operations of the Company. Forward-looking statements are necessarily based upon a number of estimates and assumptions that, while considered reasonable, are subject to known and unknown risks, uncertainties, and other factors which may cause the actual results and future events to differ materially from those expressed or implied by such forward-looking statements. Such factors include, but are not limited to: general business, economic, competitive, political and social uncertainties. There can be no assurance that such statements will prove to be accurate, as actual results and future events could differ materially from those anticipated in such statements. Accordingly, readers should not place undue reliance on the forward-looking statements and information contained in this news release. Except as required by law, GameSquare assumes no obligation to update the forward-looking statements of beliefs, opinions, projections, or other factors, should they change, except as required by law.Neither the Canadian Securities Exchange nor its Market Regulator (as that term is defined in the policies of the CSE) accepts responsibility for the adequacy or accuracy of this release. 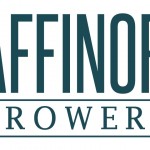 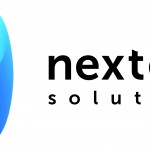 NexTech Sells Its Treasury Bitcoin Holdings and Books a Profit