GameSquare Esports Appoints Neil Said as Chairman of the Board

TORONTO, Dec. 03, 2020 (GLOBE NEWSWIRE) — GameSquare Esports Inc. (CSE: GSQ; FRA: 29Q1) (“GameSquare” or the “Company”), an international esports company, is pleased to announce that it has appointed Neil Said to serve as the Chairman of its Board of Directors. Mr. Said has significant experience as a board member of early stage, high growth public companies and his extensive background in corporate law and governance are expected to strongly benefit GameSquare as the company scales.
“Esports is an exciting space that is seeing rapid growth as major brands are spending more to reach esports fans,” said Mr. Said. “I believe that there is likely to be an ongoing shift towards online and digital and esports is a new form of entertainment that is highly engaging. The opportunity to join the board of a company that is growing organically and through acquisitions is a perfect opportunity to put my experience to use in a dynamic industry. I am pleased to be joining a high-quality board and I have been impressed by the strength of the management team.”Neil Said is a businessman and corporate securities lawyer who has worked as an officer and legal consultant to numerous Canadian-listed companies in the technology, cannabis, mining, oil & gas and healthcare industries. Mr. Said began his career as a securities lawyer at Osler, Hoskin & Harcourt LLP, where he worked on a variety of corporate and commercial transactions. Mr. Said obtained a Juris Doctor from the Faculty of Law at the University of Toronto and he received a Bachelor of Business Administration with a minor in Economics from Wilfrid Laurier University.“Neil is a consummate professional that is a thoughtful and highly skilled lawyer with deep business expertise; I am extremely pleased that he has agreed to join as GameSquare’s Chairman,” said Kevin Wright, CEO of GameSquare. “We have already announced a significant potential transaction with Reciprocity Corp. to rapidly achieve scale and the company needs a highly engaged board to help us achieve our goal of building a leading international esports company. In my view GameSquare is well positioned to benefit from the extraordinary growth in esports and we believe that there is an outstanding opportunity to consolidate leading esports companies into the GameSquare group of companies.”Mr. Said will be replaced as Corporate Secretary by Mr. Aaron Atin, a highly experienced corporate securities lawyer who has acted as corporate secretary for numerous publicly listed companies. Mr. Atin was previously with Davies Ward Phillips & Vineberg LLP and is a member of the Law Society of Ontario.About GameSquareGameSquare is an international esports company headquartered in Toronto, Canada. The Company is seeking to acquire additional assets and entities serving the esports market and, more broadly, in sports and entertainment. GameSquare’s acquisition of Code Red Ltd. (“Code Red”), an esports talent agency, provided an initial foothold in Europe through its UK operations. Code Red represents leading on-screen talent, players and influencers and works with leading global brands to develop influencer campaigns and esports marketing strategies.For further information, please contact Kevin Wright, CEO of GameSquare:Email: [email protected]
Phone: (416) 861-2267Forward-Looking InformationThis news release contains “forward-looking information” and “forward-looking statements” (collectively, “forward-looking statements“) within the meaning of the applicable Canadian securities legislation. All statements, other than statements of historical fact, are forward-looking statements and are based on expectations, estimates and projections as at the date of this news release. Any statement that involves discussions with respect to predictions, expectations, beliefs, plans, projections, objectives, assumptions, future events or performance (often but not always using phrases such as “expects”, or “does not expect”, “is expected”, “anticipates” or “does not anticipate”, “plans”, “budget”, “scheduled”, “forecasts”, “estimates”, “believes” or “intends” or variations of such words and phrases or stating that certain actions, events or results “may” or “could”, “would”, “might” or “will” be taken to occur or be achieved) are not statements of historical fact and may be forward-looking statements. In this news release, forward-looking statements relate, among other things, to: the business, strategy and operations of the Company and the appointment of new directors and officers of the Company. Forward-looking statements are necessarily based upon a number of estimates and assumptions that, while considered reasonable, are subject to known and unknown risks, uncertainties, and other factors which may cause the actual results and future events to differ materially from those expressed or implied by such forward-looking statements. Such factors include, but are not limited to: general business, economic, competitive, political and social uncertainties. There can be no assurance that such statements will prove to be accurate, as actual results and future events could differ materially from those anticipated in such statements. Accordingly, readers should not place undue reliance on the forward-looking statements and information contained in this news release. Except as required by law, GameSquare assumes no obligation to update the forward-looking statements of beliefs, opinions, projections, or other factors, should they change, except as required by law.Neither the Canadian Securities Exchange nor its Market Regulator (as that term is defined in the policies of the CSE) accepts responsibility for the adequacy or accuracy of this release. 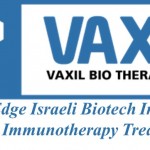 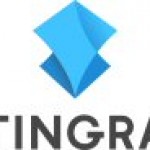