TORONTO, June 01, 2021 (GLOBE NEWSWIRE) — GameSquare Esports Inc. (CSE: GSQ; FRA: 29Q1) (“GameSquare”, “GameSquare Esports” or the “Company”), an international gaming and esports company, announces that the duo team from America East’s University of Maryland-Baltimore County (UMBC) defeated Cal State Fullerton of the Big West to become the first champion of the Collegiate Esports Invitational featuring Fortnite and presented by Jersey Mike’s Subs. The champions snagged the $5,000 first prize and the lion’s share of the $10,000 prize pool, as well as Razer products including keyboards, mice, and headsets. The teams punched their ticket to the Finals by winning their respective conference tournaments on May 22, 2021.

Produced by the Gaming Community Network (“GCN”), a part of the GameSquare Esports group of companies, an independent media group dedicated gaming and esports, and Van Wagner (“Van Wagner”), the Collegiate Esports Invitational series, billed “Where Conference Champions Are Crowned,” is the first major collegiate esports event that brings colleges and universities together across disparate conferences to compete to become a national champion.

The 10 conference tournaments and Championship garnered more than 651,000 live views during which were streamed live on twitch.tv/CollegiateEsportsInv. During the Championship tournament, more than 256,000 unique viewers tuned in. The tournament was also carried by GCN across 85+ gaming and esports centric websites where GCN reaches 65M+ monthly uniques in the U.S.

“It feels incredible winning the Collegiate Esports Invitational and I am very excited for the future tournaments,” said Kiran ‘VenomFN’ Yarlagadda, a senior majoring in computer science at UMBC. “I will use the tournament earnings for tuition next semester and anything that remains I am planning on keeping in a savings account. What separated us as a duo from our competitors was our ability to get eliminations early in the game, in addition to being able to end fights quickly through coordinated fighting.”

“It feels amazing to win any tournament but winning a tournament this big is not an everyday opportunity and I cannot wait to play more of these in the future,” said Arveen ‘Archher’ Zarrabi, a sophomore majoring in bioinformatics at UMBC. “Kiran is a fantastic teammate that always kept it positive, and we put enough practice in that we played together really effectively.”

“Huge congrats goes out to UMBC to be crowned as the Fortnite champion as they had to earn their way to top in a tournament featuring 110 colleges and universities across 10 NCAA Conferences,” said Chris Kindt, Chief Marketing Officer of GCN. “Throughout this tournament, the students put on a terrific show, and we are extremely grateful to Jersey Mike’s Subs and Razer for seeing our vision. In the future, we want to build a collegiate esports landscape that is inclusive and will crown a true national champion.”

This was the first of the Collegiate Esports Invitational series that will continue this fall with two other tournaments. More information on registration will be provided later this summer.

GameSquare Esports Inc. is an international gaming and esports company headquartered in Toronto, Canada. The Company is seeking to acquire additional assets and entities serving the gaming and esports markets and, more broadly, in sports and entertainment. GameSquare’s acquisition of Code Red Esports Ltd. (“Code Red”), an esports talent agency, provided an initial foothold in Europe through its UK operations. Code Red represents leading on-screen talent, players and influencers, and works with leading global brands to develop influencer campaigns and esports marketing strategies. The Company’s second acquisition of Reciprocity Corp. provides access to Asia, Latin America, and North America. Its gaming and esports assets include: a CrossFire franchise in China that it owns with its partner LGD Gaming, a 40% interest in a League of Legends team that competes in Latin America, and, its wholly owned subsidiary corporation, GCN, a digital media company focusing on the gaming and esports audience based in Los Angeles, USA.

Van Wagner is a wholly owned subsidiary of Van Wagner Group LLC that creates, advises, and sells on behalf of world-class teams, leagues, brands, properties, and colleges. An innovator in the sports and media business, Van Wagner is a global leader in high-impact broadcast visible signage throughout the MLB, NBA, NCAA, and the highest levels of international soccer, sponsorships sales, premium ticketing, college multi-media rights, and in-venue content production at the world’s biggest sporting events. www.vanwagner.com 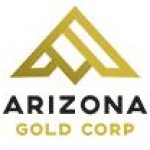