TORONTO, July 15, 2021 (GLOBE NEWSWIRE) — GameSquare Esports Inc. (CSE: GSQ; FRA: 29Q1) (“GameSquare”, “GameSquare Esports” or the “Company”), an international gaming and esports company, is pleased to announce that it has entered into a definitive agreement dated July 14, 2021 (the “Agreement”) pursuant to which it expects to acquire 100% of the issued and outstanding membership units of Swingman LLC (dba Cut+Sew and Zoned) (“Swingman” or “Cut+Sew/Zoned”), a privately held marketing agency operating in the sports and esports industries (the “Acquisition”). As consideration for the Acquisition, GameSquare expects to issue 2,000,000 million of its common shares (“Common Shares”) at a deemed price of $0.50 per share and pay the members of Swingman $3.0 million in cash. Additionally, certain members of Swingman will be entitled to receive (i) up to $1,250,000 paid in Common Shares and up to $150,000 paid in cash if Swingman generates up to US$1.0 million of EBITDA in the 12 months following the closing of the acquisition (the “Closing”), and (ii) up to $2,210,000 paid in Common Shares and up to $240,000 paid in cash if Swingman generates EBITDA of up to US$1.5 million in EBITDA in the period of 12 to 24 months following the Closing, for a maximum consideration of up to $7.85 million paid in cash and Common Shares. The co-founders and management of Swingman, including Matt Hilman, Devon Woodruff, and Sean Maher, have each agreed to continue to operate Cut+Sew/Zoned following the Closing. The Common Shares issued pursuant to the Acquisition are to be subject to a 6-month lock-up period following Closing.

“Cut+Sew/Zoned operates at the intersection of gaming, sports, new media, and understands how to bring the cool factor to brands and client engagements,” said Justin Kenna, CEO of GameSquare. “Having worked with Cut+Sew/Zoned in the past, I know the high quality of their work and management’s ability to profitably grow their business. Under GameSquare, I see tremendous potential for Cut+Sew/Zoned to accelerate their top line growth while generating healthy EBITDA margins of roughly 40%, based on past performance, adding to our portfolio of companies. I expect that Cut+Sew/Zoned will be instrumental in helping to monetize our wholly owned subsidiary’s (Complexity Gaming) incredible media assets, and their work in sports will be an incredible addition to the agency of record agreement that was recently signed with the Dallas Cowboys.”

“Having worked with Justin during his time at FaZe Clan and having watched the progress that GameSquare has made in a short time, joining the GameSquare team makes strategic sense to continue scaling Cut+Sew/Zoned’s business,” added Matt Hilman, co-founder of Cut+Sew/Zoned. “We have seen amazing growth in gaming and esports and the convergence that is taking place with traditional sports, and we think the opportunities that GameSquare is creating puts us in the right place at the right time to bring our work ethic and creativity to projects with global brands, including Complexity Gaming and the Dallas Cowboys. On behalf of my co-founders, Devon Woodruff and Sean Maher, I’d like to say that Cut+Sew/Zoned is ready to hit the ground running and to add value across GameSquare’s portfolio of companies and help it to become the global success that we know it can be.”

The Acquisition is an arm’s length transaction for the purposes of the policies of the Canadian Securities Exchange (“CSE”). GameSquare is not paying any finder’s fees in connection with the Acquisition. The Closing is subject to the satisfaction of customary conditions precedent, including, inter alia, applicable regulatory approvals and other closing conditions customarily found in transactions similar to the Acquisition. Closing is expected to occur later in July 2021.

GameSquare Esports Inc. is an international gaming and esports company headquartered in Toronto, Canada. The Company is seeking to acquire additional assets and entities serving the gaming and esports markets and, more broadly, in sports and entertainment. GameSquare’s acquisition of Code Red Esports Ltd. (“Code Red”), an esports talent agency, provided an initial foothold in Europe through its UK operations. Code Red represents leading on-screen talent, players and influencers and works with leading global brands to develop influencer campaigns and esports marketing strategies. The Company’s second acquisition of Reciprocity Corp. provides access to Asia, Latin America and North America. Its gaming and esports assets include: a CrossFire franchise in China that it owns with its partner LGD Gaming, a 40% interest in a League of Legends team that competes in Latin America, and its wholly owned subsidiary corporation, GCN Inc., a digital media company focusing on the gaming and esports audience based in Los Angeles, U.S.

Swingman LLC (dba Cut+Sew and Zoned) is a gaming and lifestyle marketing agency based in Los Angeles, CA. The company’s management team, led by Matt Hilman, Devon Woodruff, and Sean Maher, has built a leading creative agency and brand studio sitting at the intersection of traditional sports and gaming, emerging technology, new media, fashion, and music industries. The company has built campaigns for some of the world’s most innovative brands, while also maintaining a portfolio of start-ups that it has advised, invested capital into, and helped to bring to market. 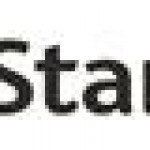 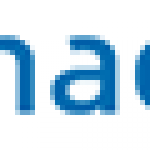 Dynacor Continues Course to Record Sales in 2021; Reporting First-Half 2021 Sales of US$83.6 Million (C$104.1 Million) and Well Ahead of Its Yearly Guidance