VIEW BROCHURE
Embracing the Creation of the Unexpected

The unique combination of wonderfully crafted sculptural artistry blended with efficient architectural design methodologies is at the core of what GBL Architects Inc. is all about. The Vancouver-based firm is an acknowledged leader within the architectural construction industry in sectors that include housing, commercial space, mixed-use and non-market residential.

Founded in 1982, GBL Architects was initially primarily focused on social housing for the government of British Columbia. As the company flourished a number of diversified opportunities sprouted up and created an ability to branch off into different markets that opened the doors for exciting new challenges. Over the course of its existence GBL has gone from a small to mid-sized architectural firm to one of the largest independent practices within Vancouver.

Both Brudar and Emmerson agree that the most significant growth was realized after the year 2000 in terms of the range, diversity and complexity of the projects that the company became involved with. Since 2010 GBL Architects has continued to grow at an impressive rate and has subsequently been involved in many noteworthy mixed-use developments, some of which have received national and international attention.

“The Olympic Village was almost like a springboard that launched us to a new level of architectural projects,” begins Brudar. “We grew from 10 people at the start to about 25 people in the 1990s and then before the Olympics we grew to 45 people and we kept expanding to where we are now, which is about 70 employees.”

“We’ve been fortunate enough to have been involved in a number of projects that have included various components: market, non-market and mixed-use, which was spearheaded by our involvement in the 2010 Olympic Athletes Village in Vancouver. It was an incredibly demanding project and timeline ranging from 2006 until 2010, just before the Olympics,” adds Emmerson.

At the time when the Olympic Athletes Village was built the facility was at the absolute forefront of sustainable architecture and design and it still stands the test of time to this day and achieved the first LEED Platinum for a neighbourhood community in North America.

“It also had the first NetZero building design in Canada. It was the cutting edge of technology at the time, and is still impressive today,” says Brudar.

The ability of GBL to take on significant, complex projects while maintaining full control in-house, which allows for immediate responsiveness to deliver all client projects effectively and competently, leaves Brudar and Emmerson both comfortable with the current size of the firm.

“We grow our own talent. We mentor and work with our own people and promote from within. We believe the relationship between the partners, associates and all other employees in the firm are critical to our success,” continues Brudar.

A noticeable shift is quite apparent in terms of how the Greater Vancouver Area is developing. Now it is very much mixed-use construction developments that dominates new building infrastructure, whereas 20 years ago it was quite segregated; residential and commercial sectors were distinctly separate. Now the City is experimenting not only with residential and commercial combinations but with various other types of mixed-use buildings as well.

“As an example, Andrew and I are working on a project in Richmond that is a five-star hotel and two office towers all in one development,” mentions Brudar.

There are numerous amalgams of mixed-use projects on the table, and it’s definitely where GBL Architects is finding most of the work originating from. Emmerson says the sweet spot for the company is now probably with the larger developments – the more complex, mixed-use projects. However, GBL has always been willing to take on a vast range of projects: large, small and everything in between.

“Just recently we completed a project on Vancouver Island that was a small commercial development. It was only about 10,000-square feet. It was a fun smaller project for us,” says Emmerson.

“We are also involved with designing a winery. It will only be about 30,000-square feet as opposed to some projects that are more than 1 million square feet but it’s a different approach and focus,” adds Brudar.

Vancouver and the Lower Mainland is one of the largest urban areas in the country with more than enough new and exciting projects to stay busy, but GBL will venture beyond those borders if the opportunity seems right.

“We do venture into other markets, such as Vancouver Island and the Okanagan region to the north, but I would say 80% of our projects are located here, which is really convenient,” confirms Brudar.

Despite a sizable upswing with the more market-driven residential developments that GBL Architects now finds itself engaged in, the company still has a solid foothold with social housing development in Vancouver. The wide range of professional in-house skills of the employees gives both Brudar and Emmerson complete confidence that the company can successfully execute all clients’ needs and expectations.

In an effort to keep the creative juices flowing GBL often partakes in industry competitions. It’s an excellent way to keep the various in-house teams actively engaged through various design processes and allows their creative minds to expand upon new design concepts that can possibly be implemented on future projects.

Larger, more complex projects are now the norm at GBL, which means the consultant teams have grown and the timelines have become more condensed. In order to manage such complex projects and remain on schedule, the software programs used by the staff is always evolving, becoming integrated and coordinated with existing tools.

A substantial shift into Building Information Modeling (BIM) technology has been implemented over the past five years. BIM is a digital representation of physical and functional characteristics of a facility. Working with just regular AutoCAD technology did not provide the opportunity to yield a multi-coordinated program. Now the team at GBL is able to work in-house and share information with the various consultants’ teams.

“Right now we are experimenting with virtual reality (VR) technology. With the new BIM technology it is all done in 3D VR. Now you can have your client walk through the building in virtual reality, which is very beneficial. Like with most industries, the growth of technology has been exponential over the past 10 years. Every day we are finding something new on the market. With presentations we are now able to describe our projects so much more efficiently,” explains Brudar.

A mixed-use high-rise project in downtown Vancouver that GBL has been involved with is particularly interesting because it involved a land swap deal. Originally there was a social housing development on the site, which had become quite dilapidated. The developer looked to acquire a site across the street and wound up doing a land swap with the City. By building a new market condo tower, which has rental and commercial components on the old social housing site, the developer had to agree to build a new social housing facility on the site across the street.

Giving back to the community

GBL Architects has been involved in so many successful projects over the years that it comes as no surprise the organization has received its share of accolades and industry awards, and in fact far too many to mention. However, there is one particular award Emmerson says the team is particularly proud about.

“Our office is on the ground floor of a modest-sized six-story building here in Mount Pleasant that we designed. The City of Vancouver has an awards program every two years to recognize excellence in architecture. We won for best mid-rise development. To have that award where we actually have our offices was a proud achievement,” he says.

“It’s a very eclectic neighbourhood within the Brewery district with heritage buildings and a lot of newer tech companies located here in some of the old industrial buildings,” adds Brudar.

As part of giving back to the community Brudar, Emmerson and the entire team at GBL partake in many worthwhile initiatives to show their support within the Mount Pleasant area of Vancouver, including such events as mural festivals and street parties.

“We like to be engaged. We open our doors and help share some of the hosting of these events,” says Emmerson.

At this juncture Brudar and Emmerson are satisfied with the size of the company in terms of the number of employees and now want to primarily focus upon challenging the entire team to build upon excellence in new design concepts and continue to improve upon what is already being done. It’s all about expediting meaningful projects for the community and enhancing client relationships.

“We’ve moved away from doing solely social housing and smaller residential developments. I’d like to think that our diversity will continue. We have the skills and expertise in-house to take on any challenges, be it public or private commission. It’s something we’re very ambitious with,” says Emmerson.

“We are very proud of our office culture and who we are. We pride ourselves on having a collaborative atmosphere. Everyone’s opinions are valued and we listen to everybody. Our strength is in our people and what they can contribute to the success of GBL,” concludes Brudar. “I cannot stress how important it is for us to grow our own talent and promote our own people so they maximize their talents. If they are benefitting by growing, so is the company.” 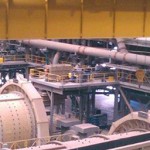 The Munck Cranes Group of Companies
Agrium to present at the CIBC U.K. Agriculture Conference