FlipNpik will provide La Ronde and the Montreal Alouettes with over 50 million Flip Social points to give away to their fans and followers as a reward for promoting local businesses via the FlipNpik app.

Known for entertaining Montrealers for many years, these two new partners will help to promote local businesses by providing unique prizes in the surprise box and by encouraging their respective supporters to become active FlipNpik users.

The application’s users will now be able to redeem their Flip Social points for one-day tickets or season passes to La Ronde and for Montreal Alouettes’ merchandise. To get their Flip Socials and claim prizes offered by the new partners, users simply have to promote their favorite local businesses with likes, shares, posts, business suggestions, etc. Increasing local businesses’ exposure including La Ronde and the Alouettes will feed FlipNpik’s application and offer users a 100 % local social media network. The new gifts will be added to an already well-stocked surprise box by partners such as Bixi (bike rental), Eva (cooperative ridesharing), Guzzo Cinemas, and many other Montreal businesses.

The Alouettes get regular television exposure on RDS (Réseau des sports), radio broadcasts, and have nearly 400k followers on social media. As for La Ronde, over 1 million people visit the amusement park every year, with over 310k active and diverse followers on Facebook and nearly 30k followers on Instagram.

“We see ourselves as an inherent part of the local community, and we are committed to encouraging buying locally by supporting neighbourhood businesses,” says Benjamin Puig, Strategic and Performance Director for the Alouettes. “We share values with FlipNpik, and did not hesitate to partner with them.”

“We are proud to partner with major local players such as La Ronde and the Montreal Alouettes,” says Arnaud Gascon Nadon, FlipNpik’s Marketing Director. “Our goal is to have many La Ronde and Alouettes’ fans become active FlipNpik users to grow our community and become even more active in the promotion of the local economy, which in turn will improve our neighbours’ quality of life.”

About Geekco
Geekco is at the forefront of social media with FlipNpik, a collaborative social media app where the community shares local experiences. The mobile application unites and rewards consumers, content creators, and media influencers who promote local businesses and buying locally. Users sharing digital content on FlipNpik collect Flip Social points they can exchange for exclusive products or services from strategic partners and registered local businesses in the application’s surprise box.

About The Montreal Alouettes
Founded in 1946, The Montreal Alouettes is the winner of seven CFL’s Grey Cups (1949, 1970, 1974, 1977, 2002, 2009, 2010). With over 3.1 million fans and 1.1 million passionate supporters, the team has the second largest community in the Canadian Football League. Home games are played at Percival Molson Memorial Stadium, located on the slopes of Mount Royal in Montreal.

About La Ronde
Owned by Six Flags, La Ronde is the largest amusement park in Eastern Canada. More than a million visitors enjoy La Ronde each year since it was built as the entertainment complex for Expo 67. La Ronde features 40 amusement rides including Le Goliath, one of the tallest and fastest roller coasters in North America, as well as a colourful family area, the Pays de Ribambelle. Launched in the 1960s, Six Flags now owns 27 parks across North America and attracts over 33 million guests annually. 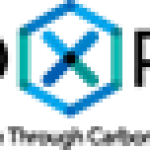 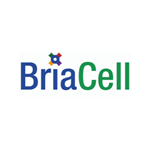