Generation Mining Limited (CSE:GENM) (“Gen Mining” or the “Company”) is pleased to announce the discovery of a large, high velocity seismic anomaly that extends at depth from the Sally Deposit. The anomaly continues into the Archean footwall which constitutes a previously unexplored area for platinum group elements (“PGE”) and copper mineralization. The velocity anomaly when projected to surface coincides with a reversely polarized magnetic trend which is used as an exploration tool to identify prospective lithologies.Gen Mining staked 215 new claim blocks in August 2019 (previously announced on August 21st, 2019). 76 of the new claim blocks are situated north of the Sally Deposit and the Boyer zone. This area has multiple reversely polarized magnetic trends which are typically indicative of the Eastern Gabbro series rocks which host PGE and copper mineralization. The high density seismic target identified in the Archean footwall north of Sally is the first of these magnetic anomalies to be modeled at depth and targeted for additional exploration work.The anomaly has a narrow neck extending down from the direction of the Sally Deposit which opens at depth into a flat lying intrusion. The depth to the top of the anomaly is approximately 850 m and the underside of the flat lying intrusion is at depth of about 1,500 m. The main body of the intrusion is 500 m wide, 400 m thick and almost 2,000 m in length.Mafic and ultramafic lithologies which host PGE-Cu mineralization on the Marathon Property are dense relative to the Archean footwall and are resolved by seismic velocity. Seismic wave velocities are controlled by the density of the medium it passes through. Consequently, high seismic velocities are a proxy for dense and, in this instance, PGE-Cu prospective lithologies.The anomaly has a similar shape, strike length and direction to that of pyroxenites, a type of dense ultramafic lithology, mapped at surface. These pyroxenites in turn host mineralized apatitic pyroxenites which have returned assay results from three fist sized surface grab samples (previously announced on July 25th, 2019) and a near surface 0.25 m interval of massive sulphide from a drillhole (at a depth of 12.35 m) completed in 2017 (SL-17-58). Assay results from the aforementioned surface grab samples and shallow drill hole core are tabulated immediately below.If the anomaly represents a mafic-ultramafic conduit then it may represent the feeder zone to the Sally Deposit and may also host massive sulphides with potentially higher-grade mineralization than the disseminated mineralization. Surface sample results, as shown in the table above, are a compelling reason to test for potential massive sulphide mineralization at depth.The Company is in the process of developing an exploration program to evaluate the seismic target.https://genmining.com/site/assets/files/3707/sally_surface_plan_velocity_anomaly_pr_feb24.jpg
https://genmining.com/site/assets/files/3707/claims_topo_sl_drill_area_pr_2020feb.jpg
https://genmining.com/site/assets/files/3707/e538380_velocity_anomaly_pr_feb24.jpg About the Sisprobe Passive Seismic Survey
The passive (also known as noise-based) seismic survey was completed by Sisprobe which is a European-based geophysical company specializing in the environmentally benign acquisition and processing of ambient seismic noise to produce subsurface images. The survey used 3 component geophones to increase resolution relative to the survey completed at Marathon (see press release of July 25th, 2019 for survey details). The survey covered an area of 3 km by 4.5 km comprising the majority of the prospective ground around the Sally Deposit. The velocity model produced by the survey images velocity anomalies to a depth of approximately 2 km.About the Sally DepositThe Sally Deposit is one of three deposits, the other two are the Marathon and Geordie deposits, on the Marathon Property for which there are NI 43-101 compliant resource estimates available.Details concerning the Sally Deposit resource are provided in a NI 43-101 & NI 43-101F1 Technical Report titled “Technical Report, Updated Mineral Resource Estimate and Preliminary Economic Assessment of the Marathon Deposit, Thunder Bay Mining District Northwestern Ontario, Canada 48° 45’ N Latitude, 86° 19’ W Longitude”. The aforementioned technical report was completed by P&E Mining Consultants Inc. for Gen Mining and was recently filed on SEDAR as per the Company’s press release of February 20th, 2020. The Sally Pit Constrained Mineral Resource Estimate provided in Table 14.39 of the technical report is reproduced immediately below.
CBJ Newsmakers 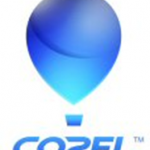