As commercial business and private citizens in developed nations lay hold of an ever-increasing stance in the progression of corporate responsibility it bodes extremely well for the enrichment of the renewables sector. Canadian enterprises such as GeoSmart Energy of Cambridge, Ontario are leading the way with innovative, cutting-edge geothermal energy technologies that stand to have game-changing effects on an ever-widening scale.

The Canadian Business Journal recently spoke with GeoSmart VP Sales & Marketing Chad Brezynskie about how his company is helping to spearhead what is destined to be a healthier and more efficient future for everyone thanks in large part to technical innovation.

In 2005, the bulk of GeoSmart’s business was found in rural areas. By 2010, the industry hit a peak with various incentive programs, which led to a considerably higher percentage of installations in urban areas, although rural still accounted for the lion’s share of the clients. Today, almost 100% of GeoSmart’s business is back to being rural.

Over the past six years Brezynskie and the team at GeoSmart have been aggressively pursuing rural areas that are not serviced by natural gas because of a huge disparity in energy costs.

“We focused on rural areas because that’s really where geothermal started; areas where you can have the lowest cost of installation doing horizontal loop systems, which is your lowest cost of inflation,” he says. “They are areas that have an acreage where we can dig the loop and areas that don’t have natural gas. Those rural areas often would be serviced by oil heat or propane heat – conventional systems or even electric heat. We’ve got the lowest capital cost to install the system and the highest energy savings. We can save a customer anywhere from 60% to 70% in those scenarios.”

GeoSmart is equipped with a widespread network of heating contractors that are able to take the company’s products to market. In-depth training is also provided to all contractors to ensure the successful installation and maintenance of the equipment.

An incentive program for the eco-energy program known as the EnerGuide for Houses program was originally unveiled by the Liberal government. When the Conservatives formed the government there was a rebranded, all-inclusive retrofit eco-energy program that was primarily geared towards high-energy consuming households that were in dire need of windows and doors, insulation and upgraded heating systems. Brezynskie says it’s a program that helped springboard the industry forward. With any sort of parity in energy costs, incentives or not, Brezynskie feels GeoSmart has an excellent business case for selling and installing top-of-the-line geothermal equipment.

“When the grants ended we were at a point in time when there was a huge disparity in energy prices where it was really starting to rear its ugly head. So we had natural gas prices that were essentially just about the lowest they’ve ever been in the history of natural gas,” says Brezynskie.

Over the last five or six years there has been a noticeable lack of government support towards renewables – and specifically towards geothermal heating and cooling systems. All the while there has been a disparity in energy costs that has continued to grow. However, as Brezynskie notes, the positive news is that consumers are starting to see adjustments in electricity prices.

“We’ve got a full line of residential and commercial product that can be applied to anything you’re your typical residential single family home to multi-level, high story condos or manufacturing facilities or anywhere that you have to move energy around and we have the equipment to do it. We’ve done ice hockey rinks, churches and community centres and town halls,” he says.

As a percentage, Brezynskie estimates it’s an 80-20 breakdown of residential to commercial although GeoSmart does have a full line of commercial product available. There is also an enormous amount of technical expertise that yields results in collaborative efforts between engineers and architects on larger commercial projects.

The disparity of energy costs is something that is out of the hands of GeoSmart. But what the company can control is the ability to source, develop and promote the optimal technologies that use the least amount of that energy.

GeoSmart found a European manufacturer that is now building the GeoSmart NetZero product line. It’s a product that has just launched this year and it is achieving energy efficiencies significantly higher than any other system that the company has ever sold before.

“In the GeoSmart NetZero product line we’ve got a hydronic system that has the ability to generate 5kW of output energy for every kilowatt that it consumes. In the hydronic product lines that we sold in the past we’ve had equipment that was generating maybe 3.2kW of electricity for every kilowatt that we paid for to run the system, so it’s a huge increase in energy efficiency that we’ve just brought to market this year. We believe it’s a game changer,” reveals Brezynskie.

The North American market has never ever seen anything like the GeoSmart NetZero product line before. It has the ability to provide full heating capacity and full active cooling capacity and an ability to do passive cooling, which means that a compressor does not need to run.

“It’s going into the marketplace as we speak. The GeoSmart NetZero product line is a fully modulating, variable speed geothermal heating and cooling system. The compressor modulates from 25% up to 100% capacity. This can be in a residential or commercial application. It’s unlike anything that anyone has ever seen here in North America,” continues Brezynskie.

The 10,000-square foot facility in Cambridge is set up in such a way that it can easily adapt to scale up if need be. Scaling up seems like a distinct possibility given that GeoSmart has diversified its business base and is starting to bring in new products that complements the technology that is being sold to the market now.

There have been a lot of ups and downs within the industry in recent years but Brezynskie firmly believes they are now at the very beginning of what looks to be long-term scalable growth opportunities.

“In the past we went through a period of instability but we’re at a point now where the government and certainly global leaders are looking at the environment realizing that significant changes need to be implemented or we’re not going to have a world to carry on,” notes Brezynskie.

The use of fossil fuels – whether it’s pumping at the gas station or heating a home with natural gas – results in a carbon tax for burning that fuel. The tax revenue generated, including industrial cap and trade limits, led to the government raising about $500 million. The proceeds go towards initiatives to help solve climate change and help reduce the world’s reliance on fossil fuels, feeding back into the geothermal heat pump industry, among other initiatives.

The Ontario government has gone on record saying it needs to spend $4 billion to $6 billion to help drive technological innovation to curb climate change. If the government holds true to pledged commitments it stands to reason that geothermal will be very robust, with GeoSmart playing a significant role in the overall progression.

The geothermal industry has a number of well-defined associations that are helping to drive the business forward. “There is The Ontario Geothermal Association where my business partner Stan Marco sits on the board of directors and nationally there is The Canadian GeoExchange Coalition, where I am a board member. We do our part at GeoSmart to move the industry along and look to be leaders,” adds Brezynskie.

With the NetZero product, GeoSmart Energy is now successfully penetrating into the U.S. market. Just recently the company was at a geothermal conference in New York where its technologies were very well received by manufacturers, contractors and distributors.

“For the past decade we’ve been a market leader and we continue to maintain a very significant part of the market share here in Canada. We believe that as the market grows we’ll continue to maintain and grow that market share. It’s scary as well because of the amount of the potential for the amount of government support that’s coming – but it’s a good scary,” says Brezynskie. 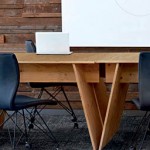 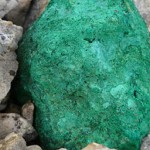