VIEW BROCHURE
Green Energy is Poised for Growth in Onta

GeoSource Energy Inc. provides geothermal drilling services in Ontario and focuses on newly built construction projects commercial real estate, providing high-quality geothermal installation services to condominiums, industrial/infrastructure developments, office buildings, educational facilities, community housing, and even churches. Over the years the company established strong relationships with several construction companies who continue to take advantage of GeoSource’s know-how and technology and who had kept the company busy. Since its inception in 2004, GeoSource has drilled 3,069 geothermal boreholes with a total of 1,413,235 feet, and these numbers continue to grow.

The Canadian Business Journal spoke with CEO Stanley Reitsma about GeoSource; the latest technology changes, industry developments, the drive toward low-carbon energy in Ontario, and geothermal technology’s place in the current changing energy climate in Canada.

“Just like with any technology, the geothermal also continues to improve with each generation,” says Reitsma. “There have been improvements in geothermal buildings’ technology on the mechanical side. We are seeing more development in how the various components come together. The technology is more simplified, using less components, etc.”

Since the last time we spoke with GeoSource in 2013, the industry hasn’t seen any significant changes in the marketplace, and the consolidation has been the name of the game to this point. And GeoSource also partook and acquired one of its competitors 18 months ago, and there are only few players left in Ontario today.

While the business has been steady, according to Reitsma, the real story in geothermal today is not the evolution of technology, or the market consolidation. It’s the expectation of significant change and drive towards green technologies in the energy sector and legislature.

In 2016, Ontario has seen several important developments. First, the Ontario Energy Board’s (OEB) hearing and decision in regard to the Enbridge expansion of the natural gas pipeline in rural Ontario, and the OEB ruling against the expansion, which has been an important milestone in the direction of energy industry for Ontario, and one that reverberates across North America.

“From what we are hearing, this [decision] is the first of its kind in North America. It’s almost suggesting that gas expansion as we know it may be at its last [in Ontario]. This is an interesting development for the renewable energy in terms of direction.”

Following this milestone decision, Reitsma also suggests that large energy companies in Ontario such as Enbridge – which already holds interests in more than 2.2 gigawatts of net renewable and alternative generating capacity, and continues to expand into wind, solar and geothermal power – will likely continue to further their interests in Ontario renewable energy sector, making renewable energy a more significant part of their energy portfolios, hence creating possible opportunities for companies such as GeoSource. “In my mind, large energy companies know they need to move toward low-carbon future. They are likely more acutely aware of it than anybody else,” says Reitsma.

However, the major obstacle of geothermal becoming a replacement for the conventional energy sources is the initial capital cost.The builders often seek the most cost-effective solutions in terms of the construction cost, with the operational cost being passed onto the building operators and occupants. “For residential homes, the cost to the end user, the homeowner, needs to be the same as the cost for the natural gas and air conditioning. It needs to be a regular, low monthly payment. The only way the energy companies could do that is only by providing incentives that would balance the initial capital cost. Otherwise it will not work on the housing front. The new cap and trade could become the source of that incentive.”

Another positive news is the newly proposed legislation by the Ministry of the Environment & Climate Change. The proposed legislation clearly defines buildings as carbon emitters, and will push for switching to new energy sources and low carbon emissions for new construction. This opens new opportunities in retrofitting the existing buildings with geothermal technologies, and also clearly sets course toward the use of renewables in new construction.

While no clear decisions have been made yet – whether it’s new regulations or the large energy companies further investment in renewables – these overall positive developments all tally up to a very positive outlook for GeoSource as a perfect low-carbon solution.

“At this point we are just in a sort of a holding pattern. We are currently the largest in Ontario, and we are starting to think: “If this door opens, we are not nearly big enough to address anything at such scale, and we don’t have the resources to expand at the needed rate.” But by the same token, there are no companies of such size out there. And so it may happen that GeoSource may need to grow very quickly in a very short period of time. Large contracting companies may have the means to acquire the equipment, but it takes few years to acquire the expertise. GeoSource could expand with several crews within a year.”

With these positive developments at the horizon, GeoSource holds a steady course. And even the company is still waiting which way the wind will turn, it will be more than likely in a very favourable direction, and the company is ready to take on the challenge and capitalize on any such opportunities. 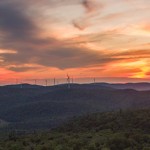 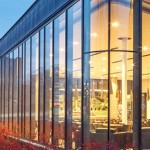