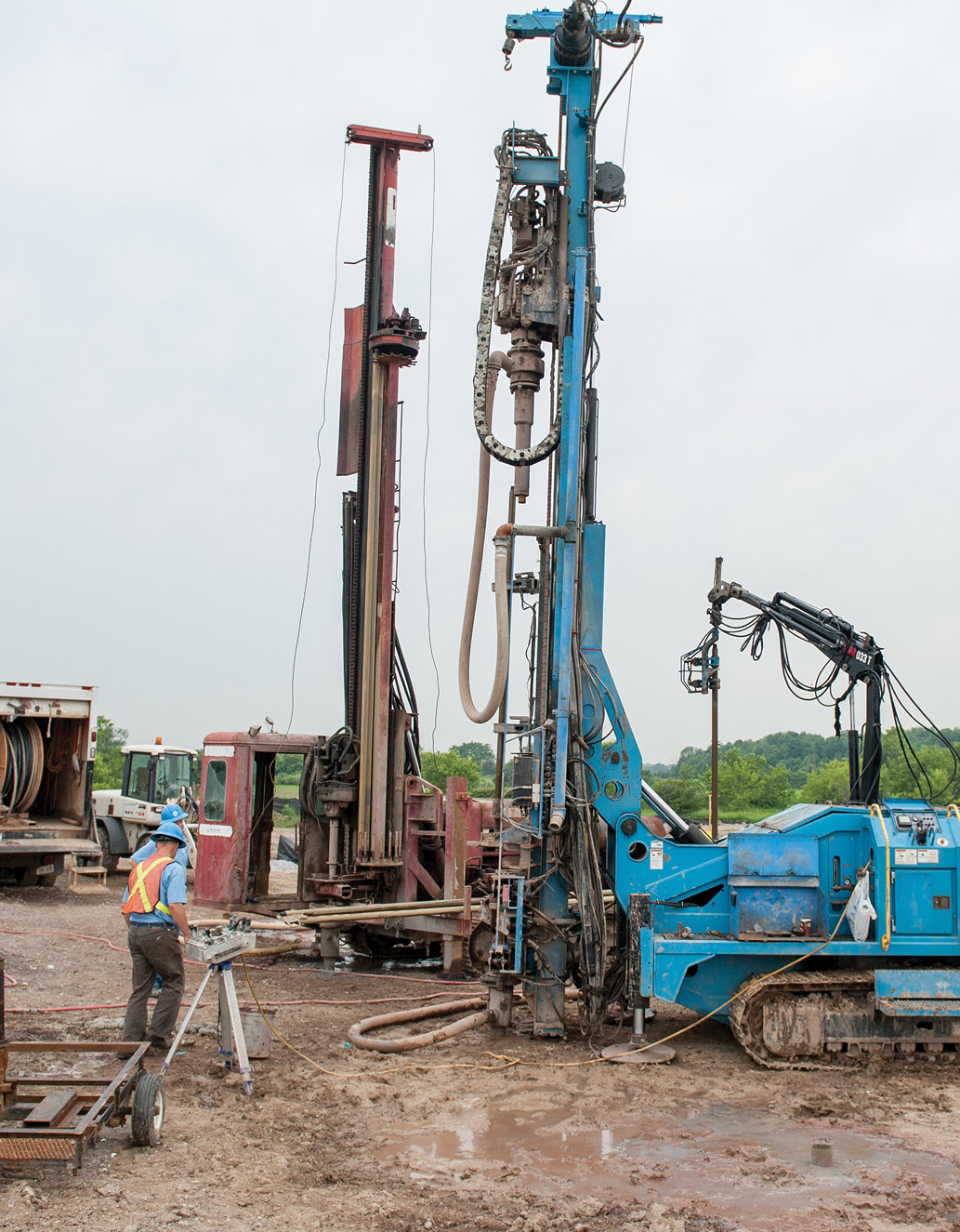 Drilling for the Heat (and Cool)

GeoSource Energy Inc. provides geothermal drilling services in Southern Ontario with focus on servicing the commercial side of the construction industry. The company uses the latest geothermal drilling technology, and provides high quality geothermal installation services to installers and contractors of geothermal technologies. Since its inception in 2004, the company has drilled 2,273 geothermal boreholes with a total of 990,330 feet, and these numbers continue to grow. With focus on the commercial real estate, GeoSource Energy serviced offices, condominiums, industrial/infrastructure developments, educational facilities, community housing, and even churches.

“The natural gas prices between 2004 and 2008 were climbing rapidly, so we saw the geothermal as an industry with significant growth opportunities. Geothermal drilling was also an underserved industry in Ontario in 2004. The core idea behind GeoSource Energy was to provide geothermal vertical loop systems for the commercial side of the construction industry, focusing on the drilling aspect of these installations,” says Reitsma.

A significant step for the company was development of capability to drill boreholes prior to the construction of the new building, setting the geothermal loops, and leaving them in the ground for installation at a later construction stage, once the ground works were complete. This means that the drilling does not interfere with the actual construction, and results in higher efficiency and time savings for the builder. “This aspect of our service is really important to the builders. The ground work is the hardest part of the projects, and losing time here can mean losing money on the whole project for the builder. I think we are the only company in Ontario, and possibly in North America, doing geothermal drilling this way,” says Reitsma.

Before GeoSource Energy entered the industry, all geothermal drilling was done mainly by well drillers. With differences between well drilling and geothermal drilling, there was no development of new solutions and technologies on the part of the drillers. “The industry didn’t see any developments or movement forward in regard to how the fields were built, deciding suitable drilling depth for projects, etc. We work with engineers to determine the most economical geothermal solution for a building, and I think we were instrumental in pushing the geothermal technology in Ontario where it is today. That’s why we have drilled more footage than any other drillers in Ontario to date,” says Reitsma.

Low (and fluctuating) natural gas prices continue to create an ambiguous relationship between the construction industry and geothermal technologies. One of the main issues for the geothermal solution is the perception of the builders who often seek the most cost-effective solutions in terms of the construction cost, with the operational cost being passed onto the building operators and occupants. According to Reitsma, the least expensive and least efficient heating/cooling systems may cost the occupants about 20 cents per square foot per month, while the geothermal can cost as little as one-tenth of that amount, paying off the initial geothermal cost within few a short years.

“The efficiencies of these systems are significantly higher than conventional cooling technology, not just the energy cost, but also system maintenance. The cost for the geothermal technology installation is about $3 per square foot in a condo, while saving about 50 cents per year, so the technology can pay for itself within six years. Imagine how this technology can affect the power grid and the overall energy consumption. The developers are more concerned with the upfront capital cost, and today there is that disconnect between the builders and the operators. Bridging this gap is critical to bringing more energy-efficient technologies onboard in the construction industry,” says Reitsma.

In 2004-05 GeoSource Energy saw very little happening in regard to the geothermal technologies in commercial construction such as condominiums, public buildings and infrastructure (schools, hospitals, etc.). By 2007, the company saw a significant transition in the industry – a new ‘utility building model” came into the picture. In this model, the builders commit to erect the building, but also provide heating and cooling for the building for a period of time. This model creates an incentive for the builder to use the most energy-efficient systems available.

“This model brought the geothermal into forefront, with our first larger project being Springdale Medical Centre in Brampton. While the construction saw big setbacks in 2008, in 2010 we saw a huge increase in the interest in the geothermal energy, especially in the condominium and education markets, working on projects for the University of Toronto, Lakehead University, and others.”

The most notable of this utility model for GeoSource Energy is the Oakville Hydro’s Integrated Energy Systems, committing to provide the cooling and heating to buildings during operation, and therefore installing geothermal technologies. “We won one bid with Oakville Hydro on a project in Ottawa, and we expect these projects to move to the forefront in the construction industry.

“Burlington is quite a hotspot for the geothermal condo development, and we worked on more than five condominium projects here. What’s interesting, is that it seems that it is the buyers pushing for this technology, because it significantly lowers the overall condo fees.  There are some good examples of the geothermal buildings that are very cost effective operationally, and very comfortable to live in for the residents. So if the customers will continue to require this technology, it will become more mainstream,” concluded Reitsma.