THIS NEWS RELEASE IS NOT FOR DISTRIBUTION TO U.S. NEWSWIRE SERVICES FOR DISSEMINATION IN THE UNITED STATES
SASKATOON, Saskatchewan, Oct. 03, 2019 (GLOBE NEWSWIRE) — GESPEG COPPER RESOURCES INC. (TSX-V:GCR) (the “Company” or “Gespeg”) announces that it has entered into a purchase agreement (the “Agreement“) with an arm’s length party (the “Vendor“), to acquire a 100% undivided interest in 3 projects on the Southern portion of the Gaspé Peninsula and the Chibougamau Region. The first project, the Chandler Project, situated west of the Municipality of Chandler, is composed of 19 claims divided in 2 sectors and has four (4) known  indicators: Ruisseau Bleu, T.Nelson 1 and 2, Riviere St-Jean South and Route 102 S-W. The project is part of the Mont Alexandre syncline, associated to an important metallotect volcanic horizon part of the Lake McKay Member, which lies within the greenstone belt present in the Gaspe Peninsula. The Lake McKay Member is situated at the bottom of the West Point Formation and associated to an assemblage of volcaniclastic material, conglomerates and sandstones with some minor interbedded lavas. This type of volcanic horizon is known to generate multiple mineralized copper zone. The greenstone belt has already shown 9 indicators in the area, it appears that the obvious model for these types of mineralization is the Keweenaw Peninsula native copper model
See attachment for regional map https://www.globenewswire.com/NewsRoom/AttachmentNg/9bb3901d-0540-428a-9254-0a806714e1bfThe second project, known as the Davidson Project, is adjacent to Route 167 North East of Chibougamau and is also bearing copper indicators, the Clero, the Blondeau, and the Bouzan-Cuivre, within 9 claims.The third project is the Ruisseau Basket, situated North of Pointe à la Croix, and is still in awaiting approval from the Ministry of the Environment and Natural Resources of the Government of Quebec.Under the terms of the Agreement, Gespeg is acquiring the Properties by paying the Vendor the following:A payment of 8,000,000 shares.An extra 500,000 shares will be given upon successful negation with the local First Nations group to obtain their approval on the acquisition of Ruisseau Basket.Mr. Sylvain Laberge, President and CEO of Gespeg, remarks “We are pleased to add these properties to our portfolio. The projects fit within our exploration model and further cements our position as the dominant copper explorer in the Gaspe Peninsula.  Additionally, the acquisition increases our presence in the Chibougamau region.  It remains our belief that, with proper exploration, the Gaspe can regain its status as a significant copper producer.”  Mr. Laberge further states “Our exploration group is currently refining the exploration program that we intend to complete, once we have finalized this transaction, and we look forward to disclosing both our plans and the eventual results of the program.”The Agreement is subject to the approval of the TSX-Venture Exchange.About Gespeg Resources Inc.: Gespeg is an exploration company with a focus in grossly underexplored Gaspé Peninsula in Québec”.  With a dedicated management team, the Company’s goal is to create shareholder wealth through the discovery of new deposits.Bernard-Olivier Martel, P. Geo, the Company’s Director of Exploration, is a qualified person (as such term is defined in National Instrument 43-101 – Standards of Disclosure for Mineral Projects) and has reviewed and approved the technical disclosure contained in this news release.GESPEG COPPER RESOURCES INC.(signed) “Sylvain Laberge”Sylvain Laberge
President and CEO
514.380.5610
514.702.9841
Slaberge@gespegcopper.comFORWARD LOOKING INFORMATIONSome of the statements contained in this press release are forward-looking statements and information within the meaning of applicable securities laws. Forward-looking statements and information can be identified by the use of words such as “expects”, “intends”, “is expected”, “potential”, “suggests” or variations of such words or phrases, or statements that certain actions, events or results “may”, “could”, “should”, “would”, “might” or “will” be taken, occur or be achieved. Forward-looking statements and information are not historical facts and are subject to a number of risks and uncertainties beyond the Company’s control. Actual results and developments are likely to differ, and may differ materially, from those expressed or implied by the forward-looking statements contained in this news release. Accordingly, readers should not place undue reliance on forward-looking statements. The Company undertakes no obligation to update publicly or otherwise revise any forward-looking statements, except as may be required by law.Neither TSX Venture Exchange nor its Regulations Services Provider (as that term is defined in policies of the TSX Venture Exchange) accepts responsibility for the adequacy or accuracy of this release.
CBJ Newsmakers 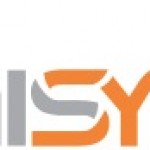