THIS NEWS RELEASE IS NOT FOR DISTRIBUTION TO U.S. NEWSWIRE SERVICES NOR FOR DISSEMINATION IN THE UNITED STATESSASKATOON, Saskatchewan, Dec. 14, 2020 (GLOBE NEWSWIRE) — GESPEG RESOURCES LTD. (TSX-V:GCR) (the “Company” or “Gespeg”) , announces a financing up to $300,000 in non flow through units (the “Units”). The Units, priced at $0.08, will consist of one share and one half of one common share purchase warrant, with each full warrant exercisable at a price of $0.12 for 24 months, and $1,000,000 in flow through shares at an issue price of $0.11. The Company has lead orders in place totalling $300,000. The proceeds of the flow through will be for exploration in the Province of Quebec particularly in the Gaspe Peninsula.The Company intends to make the Offering in accordance with Regulation 45-513 Respecting Prospectus Exemption for distribution to existing security holders and various corresponding blanket orders and rules of other Canadian jurisdictions that have adopted the same or a similar exemption from prospectus requirement (the “Existing Security Holder Exemption”). The Company may, at its discretion, also accept subscriptions pursuant to other prospectus exemptions available under applicable law.Subject to certain limitations discussed below, the Offering is open to all existing shareholders of the Company with minimum orders of $2,000. Existing shareholders interested in participating in the Offering should contact the Corporation using the contact information set out below no later than December 16, 2020 so that subscription materials can be provided for completion and returned to the Company no later than December 18, 20209. The Company may close the Offering in several tranches during the Offering, the first of which it intends to close no later than December 21st, 2020.About Gespeg: Gespeg is an exploration company with a focus in an underexplored region “Gaspé, Québec.” With a dedicated management team, the Company’s goal is to create shareholder value through the discovery of new deposits.GESPEG RESOURCES LTD.(signed) “Sylvain Laberge”Sylvain LabergePresident and CEO514.702.9841slaberge@gespegcopper.comSome of the statements contained in this press release are forward-looking statements and information within the meaning of applicable securities laws. Forward-looking statements and information can be identified by the use of words such as “expects”, “intends”, “is expected”, “potential”, “suggests” or variations of such words or phrases, or statements that certain actions, events or results “may”, “could”, “should”, “would”, “might” or “will” be taken, occur or be achieved. Forward-looking statements and information are not historical facts and are subject to a number of risks and uncertainties beyond the Company’s control. Actual results and developments are likely to differ, and may differ materially, from those expressed or implied by the forward-looking statements contained in this news release. Accordingly, readers should not place undue reliance on forward-looking statements. The Company undertakes no obligation to update publicly or otherwise revise any forward-looking statements, except as may be required by law.Neither TSX Venture Exchange nor its Regulations Services Provider (as that term is defined in policies of the TSX Venture Exchange) accepts responsibility for the adequacy or accuracy of this release. 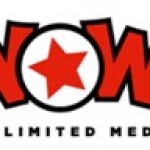 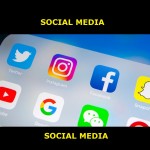