Get the Job You Want

The vice president of a multinational received a one-page “personal & confidential” letter that bypassed his vigilant administrative assistant. It was about a management job open in his own company. The author admitted he did not fulfill most of the specs outlined in the job ad but simply based on his research of the company’s website and public knowledge of its activities, proposed several intriguing and innovative ideas for consideration. The VP forwarded the letter to HR with the note “interview and report back”.

During the interview the candidate could not answer many of the questions and as it progressed, he mentally confirmed to himself that he was obviously unqualified for the job as described. He relaxed and decided to enjoy the situation as a learning experience. But feeling that he had nothing to lose, he asked some insightful questions about the organisation’s goals and their specific needs. The Director brought two other managers to the meeting and what had started as an inquisition became an open exchange of opinions, ideas and experiences. Two weeks later he was offered the job, reportedly beating out 148 other applicants, many with qualifications closer to the original requirements.

Several years ago I was in Toronto between jobs and looking for opportunities. I read about a Chicago head hunter that was expanding in the US and seeking directors for two new territories. Since I had some experience in the human resources field, I contacted its president and suggested that since the company was obviously expanding, they should consider the Canadian market as yet another new territory. I offered to establish the company in Toronto, provided statistics on the Canadian market and details of the administrative steps they would have to consider. I then made an appointment and visited the company in Chicago to discuss the idea face-to-face.

I was given all their personnel tests and surprised the firm’s evaluators with my competitive scores. The possibility of expanding into Canada was then welcomed by the firm’s management who agreed to open a branch in Toronto and I was offered the position of Vice-President for Canada, subject to becoming a shareholder. Since my goal had been to find an interesting job in HR and not buy myself a job or make a financial investment, I declined. However, the exercise confirmed that a little imagination and a willingness to “think out of the box” had opened a door that had not even existed before.

It is impossible to know what pressures influence a company’s hiring decision – it could be a variety of things : a sudden staff resignation and little time to fill the opening; evaluators’ impatience with long-winded cover letters; the hiring manager’s hidden racial prejudices or something as unrelated as the director’s personal family problems that week.

In one recent case, the HR department’s computer was down so a routine electronic scan of applicants’ CVs was impossible. Three field managers were given the unwelcome task of reviewing 120 CVs and picking ten candidates for the next step, a more in-depth reference check.

Angry at what they considered a waste of their time and without discussing a common evaluation strategy, each relied on his own review method. One assessed his 40 candidates based only on education – those without an MBA were flushed. Another automatically discarded any with a foreign-sounding name and the third set aside any application with a CV longer than one page and/or spelling mistakes. Many a worthwhile candidate did not make the cut and the final 10 were certainly not the best. At another firm, the urgent need to fill a sudden vacancy with a “warm body” resulted in hiring the first applicant interviewed, mainly because she could start the next day.

HR professionals admit that the person who eventually gets the job may only have 30% or 40% of the requirements listed on the job ad. This was proven to me early in my career when I applied for a Credit Manager’s job at a large Oil company. Since I spoke a couple of languages, I dreamt of a future career in its international division overseas. I had been in sales and had no background in credit but liked the idea of working for a multinational. I applied anyway, emphasizing my background in sales and customer service, and my willingness to learn.

After two interviews I was not offered the manager’s job but hired as a “credit trainee” because of my people-skills. While I never moved to the firm’s international division, my two years with that major oil company boosted my CV and opened other doors in my subsequent careers.

Like it not, the simple truth is that we are constantly being auditioned. Whenever we meet new people and during the first few seconds, they study us and evaluate us and, of course, we do the same about them. They react to the energy we exude, the way we move, how we speak, what we say, how we say it and what we wear. They may do this unconsciously but you can be sure that at some level we ARE being evaluated. Decisions about us are being made on the spot and people will decide whether we can be trusted, believed and accepted … or not.

People in show business are particularly conscious of this fact and apart from acting ability, success in show business depends heavily on visual impact and the first perception of an individual’s personality …. not very different from what happens in business every day.

Careers are often shaped by subconscious judgements made during a meeting or chance encounter. Very often an off-hand remark or gesture leaves a long-lasting impression and I was once offered a senior position based on a business meeting held many years before. The Chairman of a national business Council searching for a new CEO sought me out because he remembered my attitude and personality – after eight years.

Getting the job you want relies on trusting that opportunities WILL present themselves, but we need to be bold enough to seek them. Goethe’s said it best: “Whatever you can do, or dream you can, begin it. Boldness has genius, power and magic in it.” 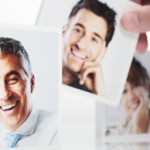 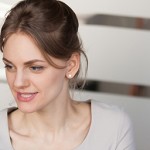