In a challenging economic landscape, retailers must be innovative, in touch with customer needs, and provide niche value to the marketplace in order to succeed. For over 50 years, the Canadian discount store chain Giant Tiger Stores Limited has done just this and its business is booming.

Discount retail chains that offer similar products, such as Zellers and Target, have recently closed stores in Canada, but Giant Tiger, on average, is opening 15 to 20 a year across the country. Giant Tiger is a Canadian-owned, “save on everything store.” It offers extremely low prices every day on a broad assortment of products, including clothing and accessories for women, men and children, housewares and groceries.

In a recent interview with The Canadian Business Journal, President and COO Thomas Haig says the key to Giant Tiger’s success has been its customer focus, franchise model, and long-term store owners who are in touch with the communities in which they operate.

“Our franchise owners live and breathe the community,” explains Haig, a former executive with Zellers and Danier Leather. “Unlike, let’s say other retail organizations that might change store managers every few years, we don’t. We have store managers who have been in that community for 25 or 30 years, and understand the needs of their neighbourhoods.”

A Thriving Market for Discount Stores in Canada

Established in 1961 in Ottawa, Giant Tiger has more than 7,000 employees at over 200 locally owned and operated stores across Canada. In the mid and late 1950s, Giant Tiger founder Gordon Reid was a travelling salesman for a retailer in the United States. During this time, he encountered discount stores, which were, back then, a new concept. Discount stores did not yet exist in Canada, and Reid jumped on the opportunity to import the idea.

“Fifty-five years ago, (Mr. Reid) felt like there was a niche in the marketplace for volume discounted merchandise, and that’s how we started,” Haig says. “He felt that the franchise model benefitted, not only what he was trying to do, but also the store manager, because local store managers understood the community they were in because they were part of that community.”

When Wal-Mart entered the Canadian retail market in 1994, Giant Tiger had approximately $220 million in annual sales and 63 stores. Since then, it has almost tripled its stores and increased sales to $1.3 billion. Much of Giant Tiger’s growth has resulted from a deal in 2000 with the North West Co., which allowed the Winnipeg company exclusive rights to open franchised Giant Tiger stores in western Canada.

Since the 1960s, Giant Tiger has primarily used a franchise model that involves recruiting experienced managers, and allowing them to operate a corporate store and then financing them to turn the store into a franchise which the manager would own. It is a model that is used in a majority of its stores.

Giant Tiger learned early on that its strategy of setting up stores in small communities or neighbourhood stores in bigger cities was the most profitable approach. This is because, as Haig explains, the store owners have a close connection with their communities and understand the customer demand in that area. The discount chain allows its local managers lots of leeway. A store manager can decide which merchandise goes on the shelf based on his or her knowledge of the market.

Haig adds, “From listening to our customers, we’ve created an environment where the customer can shop quickly and with ease. On average, our stores are 16,000 to 20,000 square feet of floor space, so it’s easy for the consumer to get in and out, especially when they are on a busy time schedule. We’ve laid out our store to make it easy for the consumer and continue to listen to their needs and wants.”

Giant Tiger’s franchise strategy is also what has helped it weather the economic downtown. Haig explains that it has put the discount chain store in touch with what’s happening on the local level from an economic perspective. “If you are a franchise model and you know your customer’s need and wants,” he says. “Then we are definitely in tune with what’s happening locally from an economic point of view, as well as nationally.”

Matching its product offering to customer demand is one of Giant Tiger’s core values. It is currently launching a women’s line that is directed at its main customer—the busy mom. “We’re listening to the customer and she has identified how she likes to shop,” Haig says. In doing so, the company has launched three new “occasion-based” clothing lines. “We believe that these brands really and truly meet that need for that busy mom—ones that want to feel great, but don’t want to spend a lot of time or money.”

“We’re very customer centric,” he adds. “We listen to the customer on a constant basis. We definitely want to ensure that we are focused, not only on products, but also that we are giving the consumer great value for that product.”

Giant Tiger is expanding so rapidly that it recently moved its main distribution centre in Ottawa to Highway 401. The new location is larger and better positioned as the company continues to grow its 214 outlets, up from 206 since January 2015.

“Based on what’s happening in the Canadian retail environment with a lot of retailers exiting, there is some real estate available that we have been looking at. And we are very conservative; we want to make sure that it meets our financial model. We slowly look at each site to make sure that it would work. And so far, over the last two or three years, there have been at least 10 or 15 stores that we’ve been able to open.”

Over the years, Giant Tiger has proved itself as unique company that has withstood the likes of Wal-Mart by focusing on product offerings that doesn’t put it in direct competition with the U.S. conglomerate. “This is a success story of a Canadian retailer being 100 percent owned by Canadians, thriving in a challenging retail environment in Canada. Hopefully, we’ll be here for another 55 years.” 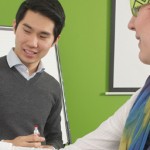 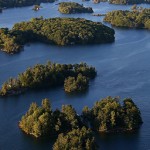 Gananoque and the Thousand Islands