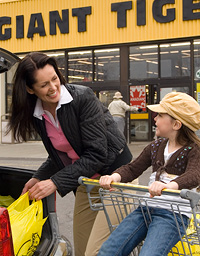 Much has changed since Gordon Reid founded the first Giant Tiger in Ottawa’s Byward market in 1961, but the company’s dedication to providing the lowest prices in Canada has never wavered. Weeks before Giant Tiger’s coast-to-coast celebration, CBJ took a look at the secrets to Giant Tiger’s unprecedented success.

Founder Gordon Reid’s mother worked at Woolworths variety store lunch counter in Vancouver. Woolworths was one of the world’s largest retail chains, at that time with stores in the United States, Canada, England, Germany and Australia. Reid fondly remembers, “As a child I loved to go into Woolworths and smell the fresh popped popcorn. That was my indoctrination into retail. I was particularly influenced by the size of the store and the merchandise model.”

Today, there are 201 Giant Tiger stores across Canada. Many of the stores with the iconic black and yellow banner are located in rural areas or small towns, providing goods and employment for citizens, and supporting local charities and other vital services in the community, including hospitals, women’s shelters and food banks.

In rural and urban centres alike, however, Giant Tiger always offers the lowest price on its wide variety of goods. A true one-stop shop, Giant Tiger offers everything from fashion and groceries, to kitchenware, home décor, and toiletries. The manager of each Giant Tiger tailors what his or her store offers to the specific needs and unique demographics of the surrounding community.

New stores are provided with a standard setup, colour scheme, and layout. The owner of the store then tailors the merchandise to suit the surrounding community—its location, people, incomes, and sizes. “In small towns, for example, Giant Tiger will be the general store, it has everything,” says Reid. “In an urban area, depending on the competition, one Giant Tiger store sells more groceries, another more pots and pans, others focus on family clothing.”

“A key reason for Giant Tiger’s success is our unusual franchising system in which the store manager owns the store,” says Reid. “We have attracted some of the best managers in the industry with this model. Many owners have worked for other retail companies and brought years of retail experience and ideas to their role. Owning the store and living in the community creates a personal and professional investment in Giant Tiger’s success for them. The customers are their neighbours.”

Reid adds, “Our store owners are dedicated to their community. I’m sure a number of our store owners would be elected if they ran for mayor because they are so visibly involved in making a difference where they work and live.”

“Community has been, is, and will always be an integral part of Giant Tiger,” emphasizes the recipient of the 2010 Retail Council Lifetime Achievement Award. Last year alone, the company donated more than $2 million to charities and organizations across Canada.

“We are very proud to be a real Canadian retail company,” says Andy Gross, President and CEO, Giant Tiger Stores Limited. “We are proud to celebrate what our founder Gordon Reid has accomplished—we are glad he took that risk 50 years ago. I have worked with Giant Tiger for 27 years. It has been an extraordinary journey.”

Giant Tiger has certainly navigated many changes in the Canadian retail store market. “We have seen a lot of good Canadian retailers go by the wayside,” Gross notes. “There really are very few true Canadian banners left. Most of our senior executives have been here for 15-plus years, through this period when U.S. retailers came in and many Canadian retailers disappeared.”

Gross notes that sticking to the principles of good sound management, low cost, good value and good quality at low prices has kept Giant Tiger on course. “I think Canadians enjoy seeing us succeed. For us, being a privately-owned Canadian company that provides work for 7,000-plus Canadians is a source of great pride.”

Giant Tiger’s success comes from being diligent and proactive. In the late 1980s, any store that did not brace for the arrival of Walmart from the U.S. did not thrive. “We recognized it was just a matter of time until Walmart came to Canada. We did our research and were prepared for its arrival. We have always done a good job recognizing you have to study the competition, both strengths and weaknesses. Naturally, we want to be better than our competitors and make sure we clearly communicate to our customers the advantages of shopping at Giant Tiger. Internally we want to identify where our competitors are stronger and use this knowledge to improve ourselves. Good ideas don’t just have to come from inside—we studied Biway stores and Bargain Harold’s in Canada as well as Walmart and other U.S. retailers in order to continuously improve.”

Giant Tiger knows its strengths and has an unwavering dedication to offering its customers the best prices. Giant Tiger buyers are on the market daily looking at competition and reacting to local promotions.

“By keeping our costs low, we compete on price and still make a profit,” says Gross. “Our prices are as good as or lower than the competition.”

Positioned to reach another 50 years of success, Giant Tiger continues to expand at about eight stores a year. With the franchise structure in place, sound finances and the highest credit rating available, Giant Tiger is open to many opportunities for growth across Canada.

“We are opening new stores every year and we continue on that path,” says Reid.

Reid, Gross and the entire Giant Tiger family anticipate a great event on May 7. Each store is having a 50th Anniversary Celebration, with activities and entertainment. In Giant Tiger tradition, every store will be raising funds for a local charity.

“Giant Tiger buyers have spent well over a year scouring the market and working hard with vendors to provide special buys and great prices for customers to celebrate our 50th Anniversary,” says Gross. “We look forward to the opportunity to thank our customers and celebrate this special occasion together.” 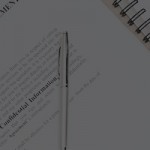 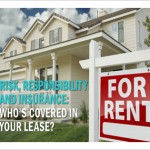