TORONTO, Dec. 04, 2018 (GLOBE NEWSWIRE) — Global Atomic Corporation (“Global Atomic” or the “Company”), (TSX-V: GLO, FRANKFURT: G12) is pleased to provide the following update regarding the filing of the Company’s Preliminary Economic Assessment (“PEA”) on Sedar, interim unaudited Financial Statements and MD&A for the three and nine month period ended September 30, 2018 and the closing of its non-brokered Private Placement.

Further to the Company’s news release dated October 23, 2018 a summary of the PEA is provided below, including opportunities being explored through an alternate mining strategy to accelerate development of the Project for early mining. All figures are stated in U.S. dollars, unless otherwise stated.

The PEA was completed in accordance with NI 43-101, Canadian Institute of Mining, Milling and Petroleum (“CIM”) standards. The PEA is preliminary in nature and includes Inferred Mineral Resources that are too speculative geologically to have economic considerations applied to them that would enable them to be categorized as Mineral Reserves. There is no certainty that PEA results will be realized. Mineral Resources are not Mineral Reserves and do not have demonstrated economic viability.

On November 28, 2018, the Company filed its financial statements and MD&A for the three and nine months ended September 30, 2018. The following summary was provided. All figures are in Canadian dollars, unless otherwise noted.

The BST joint venture owns and operates an Electric Arc Furnace Dust (“EAFD”) processing plant in Iskenderun, Turkey, which processes EAFD obtained from electric arc steel producers. The EAFD, containing 25% to 30% zinc, is processed through a kiln to produce a zinc concentrate, grading 68% to 70% zinc for sale to zinc smelters.

The following table summarizes comparative operational metrics of the processing plant in Iskenderun.

Global Atomic holds a 49% interest in the BST joint venture and as such, the investment is accounted for using the equity basis of accounting and the Company’s share of BST’s earnings is shown as a single line in its income statement. The following table summarizes comparative results for the three and nine months ended September 30, 2018 and 2017 of the BST joint venture at 100%.

The Company is also pleased to announce that it has completed its previously disclosed (November 16, 1018) non-brokered private placement (the “offering”) raising aggregate gross proceeds of $8,591,000. Securities issued pursuant to the offering are subject to statutory hold period ending March 17, 2019.

The Company paid finder’s fees on certain subscriptions comprised of g of 6% cash and 6% common share purchase warrants with the aggregate finder’s fees paid totaling $467,414 and 1,491,380 warrants. Of the total cash finder’s fee payable, $351,600 was settled through the issuance of 1,172,000 of common shares of the Company at a price of $0.30 per share. The finder’s warrants are exercisable at $0.30 for a period of eighteen (18) months from closing.

Proceeds from the financing will be used to fund technical studies and permitting related to commercial production, exploration at DASA and for general corporate purposes.

The Company’s Uranium Division includes six exploration permits in the Republic of Niger covering an area of approximately 750 km2. Uranium mineralization has been identified on each of the permits, with the most significant discovery being the DASA deposit situated on the Adrar Emoles III concession, discovered in 2010 by Global Atomic geologists through grassroots field exploration.

Global Atomics’ Base Metals Division holds a 49% interest in Befesa Silvermet Turkey, S.L. (“BST”) joint venture, which operates a processing facility, located in Iskenderun, Turkey, that converts Electric Arc Furnace Dust (“EAFD”) into a high-grade zinc oxide concentrate which is sold to zinc smelters around the world. The Company’s joint venture partner, Befesa Zinc S.A.U. (“Befesa”, listed on the Frankfurt exchange under ‘BFSA’), holds a 51% interest in and is the operator of the BST joint venture. Befesa is a market leader in EAFD recycling, capturing approximately 50% of the European EAFD market with facilities located throughout Europe and Korea.

BST is well underway with an expansion project to significantly modernize and expand its processing plant in Turkey. The expansion is targeted to double annual production of zinc from 30 million lbs to 60 million lbs and is supported by EAFD supply currently available for processing in Turkey.  The new plant is scheduled for completion by September 2019.

The information in this release may contain forward-looking information under applicable securities laws. Forward-looking information includes, but is not limited to, statements with respect to completion of any financings; Global Atomic’s development potential and timetable of its operating, development and exploration assets; Global Atomic’s ability to raise additional funds necessary; the future price of uranium; the estimation of mineral reserves and mineral resources; conclusions of economic evaluation; the realization of mineral reserve estimates; the timing and amount of estimated future production, development and exploration; costs of future activities; capital and operating expenditures; success of exploration activities; mining or processing issues; currency exchange rates; government regulation of mining operations; and environmental and permitting risks. Generally, forward-looking statements can be identified by the use of forward-looking terminology such as “plans”, “targets”, “expects” or “does not expect”, “is expected”, “budget”, “scheduled”, “estimates”, “forecasts”, “intends”, “anticipates” or “does not anticipate”, or “believes”, or variations of such words and phrases or statements that certain actions, events or results “may”, “could”, “would”, “might” or “will be taken”, “occur” or “be achieved”. All information contained in this news release, other than statements of current and historical fact, is forward looking information. Forward-looking statements are subject to known and unknown risks, uncertainties and other factors that may cause the actual results, level of activity, performance or achievements of Global Atomic to be materially different from those expressed or implied by such forward-looking statements, including but not limited to those risks described in the annual information form of Global Atomic and in its public documents filed on SEDAR from time to time. 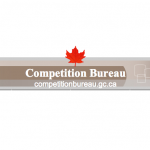