SAN JOSE, CA–(Marketwired – Jul 10, 2017) – OPTIS, a global virtual prototyping company, today announces its expansion in the United States as the leader in the next wave of prototyping technology. With offices in Troy, Michigan, and San Jose, California, OPTIS has steadily grown its North American presence in the past five years to include 20 employees and projects with several leading U.S. companies, such as Ford, LumenFlow and AGM Automotive. Over the next three years, OPTIS plans to hire 40 more U.S.-based employees and add two new demonstration centers, one in San Jose and the other in Detroit to open fall 2017. These new facilities will demonstrate OPTIS’s VXPERIENCE platform, an umbrella for all the company’s virtual reality (VR) software — Theia, HIM and VRX, and help bring clients’ ideas to life through immersive simulation.

OPTIS’s world-leading solutions pave the way for a revolutionary design process, one that requires no physical prototypes. The company’s virtual, immersive solutions create true-to-life mockups using sound, light and human vision simulation to quickly and accurately highlight potential problems early in the design process and correct them at minimal cost. Because physical elements are completely removed from this form of prototyping, no material is wasted, and changes can be made to models with the click of a mouse. This technology outperforms all previous iterations of prototyping, such as 3D printing. OPTIS currently works in the automotive, aerospace, lighting, energy, medical and architecture industries with customers such as Bentley Motors, Philips Lighting North America and The GravityLight Foundation.

“Silicon Valley is home to many of the world’s largest high-tech corporations and thousands of startups. OPTIS is able to offer all these companies the ability to create virtual prototypes of their products that can be rapidly and cost-effectively modeled and altered, accounting for different materials, lighting and environments,” said Jacques Delacour, founder and CEO of OPTIS. “We’re seeing a growing demand for easily-manipulated, cost-effective prototyping techniques in the autonomous driving sector, as well as heavy machinery and architecture industries, and we’re excited to grow our presence here to meet current and future clients’ individual needs.”

OPTIS was founded in France in 1989 and began with the creation of the optical simulation software SOLSTIS. Now, OPTIS offers seven products dedicated to the simulation of optics, light, human vision, and sound: SPEOS, OMS2, Theia-RT, VRX, AESTHETICA, HIM and LEA.

“We’ve come a long way since our premier product SPEOS was introduced to the market for the simulation of light in an optical system,” said Delacour. “Virtual prototyping is being embraced by more industries throughout the U.S. and across the globe as the preferred method of prototyping, and OPTIS is proud to be spearheading this wave of innovation.” 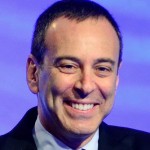 Efforts Are On to Save Sears Canada