GM and UAW Still at Loggerheads

CBJ — Detroit-based General Motors and the United Auto Workers plan to continue negotiations as a strike by the union’s members is now in its third week.

About 48,000 UAW members on hourly pay first walked off the job on September 16 demanding higher wages, added job security and a larger share of the profits as well as protection of healthcare benefits.

However, the UAW has been careful about deploying strikes to gain leverage in bargaining since a 54-day walkout that occurred in Flint, Michigan, in 1998 that cost GM more than $2 billion and accelerated the loss of UAW-GM jobs. Given the tenuous outlook of the international auto industry, striking is certainly a risk but clearly one the UAW believes is worth taking.

The strike south of the border has directly impacted GM’s operations in Canada, with shutdowns of the plants in both Oshawa and St. Catharines for hourly workers. Inventory ran out within a matter of days. 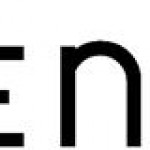