CBJ – General Motors has announced it will buy back $5 billion U.S. in shares by the end of 2016 and that activist investor Harry J. Wilson will give up his request for a board seat after reaching an agreement with the Michigan-based automaker.

Wilson had requested a board seat and asked to use some of its cash to buy back $8 billion in shares. He was working with four hedge funds that collectively own more than 2% of the stock. GM also said it will adopt a strategy to return free cash flow to shareholders while keeping investment grade credit and a minimum balance of $20 billion.

The agreement with Wilson ends two months of discussions in which he urged Chief Executive Officer Mary Barra to return money to shareholders and be more open about company performance targets. As part of the announcement, GM also said it’s investing in its business with a target of driving 20% returns on invested capital and will update shareholders on its progress every quarter.

GM raised its dividend earlier this year and, prior to Wilson’s arrival, had been considering plans to return more cash to investors later in the year either through a buyback or dividend bump, a person familiar with the had said.

The company was waiting to see how big its legal costs would be in connection with a recall of almost 2.6 million small cars with defective ignition switches that have been blamed for 57 deaths as of Feb. 27. GM could be forced to pay a large fine to the U.S. Department of Justice as a result of the recall. 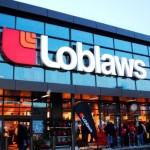