VANCOUVER, British Columbia, May 06, 2020 (GLOBE NEWSWIRE) — George Sanders, President of Goldcliff Resource Corporation (“Goldcliff” or the “Company”) (GCN: TSX.V, GCFFF: OTCBB PINKS) is pleased to report a new discovery from the maiden drill programme at the Nevada Rand property in Mineral County, Nevada. Hole RD-7, the final hole of the programme intersected a broad zone of disseminated gold mineralization consistent with the grades of many Nevada deposits and open pit mines. The 21-foot (6.40 metres) zone averaged 0.28 g/t with all but two samples ranging from 0.18 g/t to 1.19 g/t. Hole RD-7 was drilled at – 70 degrees to the northwest. The well mineralized zone was intersected at 220 feet (67.06 metres) down the hole and is at a shallow 206.7 feet (63.06 metres) depth vertically below surface. This zone is not vein related and Goldcliff’s geologic team is highly encouraged by the disseminated nature of the mineralization.
Hole 7 was a “wildcat” location to test the Quartz Hill area. Quartz Hill is an outcropping of quartz breccia and is a unique occurrence on the Rand property. Quartz Hill sits within an extensive area of alteration located 200 to 700 metres northwest of the main Nevada Rand workings. An aerial view of the zone can be viewed on the Goldcliff website at http://www.goldcliff.com/projects/nevada-rand/drilling/ . The oval-shaped alteration feature measures 500 metres by 300 metres. The zone trends off the property boundary into open territory. Goldcliff just completed staking 16 claims to cover this ground. The claims acquired are subject to an area of interest clause in the Option Agreement with Nevada Select, a wholly owned subsidiary of Ely Gold Royalties (ELY: TSX.V). Nevada Select will retain a 2% NSR on the newly acquired claims. The location of the new claims can be viewed at http://www.goldcliff.com/projects/nevada-rand/location/ .A total of seven holes (2,281ft/ 695.2 metres) were drilled during the late winter programme; the wildcat hole at Quartz Hill and six holes in the vicinity of the Nevada Rand workings. Of those six holes, one (RD- 3) was abandoned due to drilling difficulties and one (RD-4) was drilled away from the Rand structure to examine footwall geology. Holes RD-1 and RD-2 were drilled to test the eastern extension of the Rand vein just beyond the old workings. Rand alteration and veining was seen in both holes but no significant mineralization was intersected. Holes RD-5 and RD-6 were drilled to test the western extension of the Rand vein just beyond the old workings. These two holes were collared on opposite sides of the structure (RD-5 from the footwall and RD-6 from the hanging wall) to test the zone with a scissors drill pattern. Rand alteration and veining was seen in both holes but no significant mineralization was intersected. A plan view of drill site locations can be viewed through the link provided above.The Rand structure and alteration signature persists from the southeast beyond the claim boundary and extends to the northwest through the entire claim block and beyond, for a total distance of 5 kilometres. Along the structure are four former small high-grade producers, the Blue Sphinx, Golden Pen, Lone Star and Nevada Rand. The Blue Sphinx and Golden Pen are beyond the Goldcliff claim boundary to the east-southeast. The exploration opportunity for Goldcliff is to better understand the district-wide controls that concentrated the high grade mineralization in these discrete areas and use that information to expand the disseminated mineralization as well as continue to explore for additional high-grade.Quality Assurance/Quality Control (QA/QC): All core samples were retrieved by ALS delivery service from the site, following a secure chain of custody, and delivered to the ALS Laboratories in Reno, NV, for processing (Prep31- crush rocks to 70% <2mm, riffle split off 250g, pulverize to >85% passing 75 microns). All the samples were analyzed, along with internal standards, at the ISO/IEC 17025-2005 accredited ALS Laboratory in Vancouver, BC, for 51 elements by ultra-trace Aqua Regia ICPMS (code ME-MS 41), and for Au, Pd, Pt, by 30g Fire Assay ICPMS (code PGM-MS23L). Over-limit silver and gold (>100ppmAg, >1000ppbAu) ore-grade samples were also fire-assayed by Aqua Regia digest-ICP-AES finish (code Ag-OG46) and Fire Assay-AAS finish (codeAu-AA25).Ed Rockel, P. Geo, and E. L. Buster Hunsaker, CPG-8137, qualified persons as defined by National Instrument 43-101 supervised the preparation and verification of the technical information contained in this release.For further information, please contact George W. Sanders, President, at 250-764-8879, toll free at 1-866-769-4802 or email at info@directroyalty.com.GOLDCLIFF RESOURCE CORPORATIONPer: “George W. Sanders”George W. Sanders, PresidentNeither TSX Venture Exchange nor its Regulation Service Provider (as that term is defined in the policies of the TSX Venture Exchange) accept responsibility for the adequacy or the accuracy of this news release.
CBJ Newsmakers 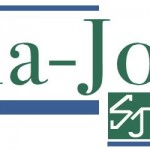