VANCOUVER, British Columbia, Sept. 16, 2020 (GLOBE NEWSWIRE) — George Sanders, President of Goldcliff Resource Corporation (“Goldcliff” or the “Company”) (GCN: TSX.V, GCFFF: OTCBB PINKS) reports the Company has signed an Option to Purchase a 100% interest in a new discovery of epithermal mineralization, 33 kilometres north of Rock Creek, British Columbia. Prospecting by the vendor identified a large area in a recent clear-cut with abundant quartz and carbonate float. Follow up sampling yielded highly anomalous gold and silver values. Multiple samples exceeded 0.25 g/t gold, with values up to 2.38 g/t gold and 43.49 g/t silver. Quartz breccia, carbonate breccia, bladed calcite, widespread adularia and green sericite alteration along with clay alteration zones are indicative of a low sulfidation epithermal system. The prospect will be known as the Kettle Valley Gold Project.
The vendor, Wayne Murton P. Eng., is a well-known B.C. geologist. He has multi decade experience in the Beaverdell-Christian Valley district, including having served as manger of the famous Highland Bell silver mine at Beaverdell.The epithermal mineralization occurs in Eocene Marron formation, which has long been considered a poor host for mineralization. As a result, there are no prospect pits or trenches in the area. The property has never been drilled. Murton had observed in a publication by Trygve Hoy of the Almond Mountain Map Sheet – Geoscience B.C. Map 2016-08, that several indications of mineralization were noted on new logging roads. Curious about mineralization mapped in Marron formation, Murton followed up and discovered quartz subcrop/float in the new clear-cut, which had been logged subsequent to the Geoscience B.C. mapping.  Goldcliff may purchase a 100% interest in the Kettle Valley Gold project by making cash payments of $450,000 over five years and incurring $1,000,000 of exploration expenditures over three years. The vendor will retain a Net Smelter Return royalty of 2.5%. Goldcliff has a right to purchase back a 1% NSR for payment of $1,000,000. The vendor is also entitled to receive additional milestone payments. Upon completion of a Measured and Indicated resource of 1,000,000 ounces gold or gold equivalent the vendor will receive payment of $1,000,000. If a production decision is made on a resource of 1,000,000 ounces or less of gold or gold equivalent the vendor will receive an additional $2,000,000. If a production decision is made on a resource exceeding 1,000,000 ounces of gold or gold equivalent the vendor will receive an additional $5,000,000. Goldcliff will pay Murton $30,000 on signing (paid), $40,000 on the first anniversary, $50,000 on the second anniversary, $70,000 on the third anniversary, $110,000 on the fourth anniversary and $150,000 on the fifth anniversary. Additionally, Goldcliff will incur $100,000 of exploration expenditures prior to December 31, 2020. Goldcliff will spend an additional $250,000 prior to December 31, 2021, a further $300,000 prior to December 31, 2022, and a final $350,000 prior to December 31, 2023.Goldcliff continues to focus on Nevada, with additional exploration planned for the Nevada Rand project and the acquisition of a position in another Nevada district. With Covid 19 travel restrictions in place, B.C. assets allow for senior management boots on the ground. Furthermore, Goldcliff management’s high professional regard for Murton’s geologic knowledge and experience in the region compelled the Company to quickly option the Kettle Valley Gold opportunity.A permit application is being prepared for a trenching and drilling program. In the meantime, Goldcliff will commence a detailed mapping program, additional sampling and a geochemical Lithic Drainage Sediment program.The Company also reports that it has arranged a Non-Brokered Private Placement of Flow Through Shares consisting of 4,500,000 Flow Through shares at a price of $0.12 per share for gross proceeds of $540,000. Insiders of the Company will be subscribing to the offering. Proceeds will be applied to incurring Canadian Exploration Expenses on the Kettle Valley Gold project, as described above, and for exploration activity on the Ainsworth silver project. For subscriptions introduced by third parties, there will be a Finders‘ Fee payable of 7% of proceeds. There are no share purchase warrants attached to this offering.Wayne Murton, P. Eng., qualified person as defined by National Instrument 43-101 supervised the preparation and verification of the technical information contained in this release.For further information, please contact George W. Sanders, President, at 250-764-8879, toll free at 1-866-769-4802 or email at info@directroyalty.com.GOLDCLIFF RESOURCE CORPORATIONPer: “George W. Sanders”George W. Sanders, PresidentNeither TSX Venture Exchange nor its Regulation Service Provider (as that term is defined in the policies of the TSX Venture Exchange) accept responsibility for the adequacy or the accuracy of this news release. 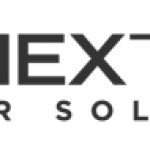 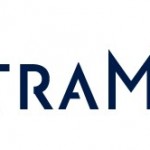