CBJ — Goldcorp is temporarily shutting down operations at its PeInasquito gold mine in Mexico, following a week-long blockade by a trucking contractor to protest the miner’s plans to diversify its local transportation supply chain.

To halt production a significant decision by the Vancouver-based company as the PeInasquito mine in northern Mexico produced 860,300 ounces of gold in 2015, accounting for about 25% of Goldcorp’s total output.

The world’s third-largest gold producer by market value does not expect the controlled shutdown at its biggest mine to impact overall production or cost estimates for 2016.

A contingency plan is in place that would allow mining and processing to be restarted immediately once the issue is resolved. 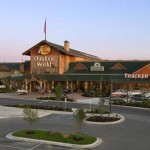 Bass Pro Acquiring Cabela’s for $5.5B 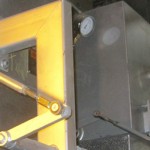