Golden Predator will continue to focus on advancing its Brewery Creek project in the Yukon through the permitting renewal process.

ABOUT GOLDEN PREDATOR MINING CORP.
Golden Predator is advancing the past-producing Brewery Creek Mine towards a timely resumption of mining activities in Canada’s Yukon. The project has established resources grading over 1.0 g/t Gold and both a technical report and Bankable Feasibility Study underway to define the economics of a restart of heap leach operations at the Brewery Creek Mine. The 180 km2 brownfield property is located 55 km by road from Dawson City, Yukon and operates under a Socio-Economic Accord with the Tr’ondëk Hwëch’in First Nation. The Company also holds the Marg Project, with a 43-101 compliant resource, the Gold Dome Project and Grew Creek Project. For additional information on Golden Predator and the Brewery Creek Mine, please visit our website: www.goldenpredator.com.

Neither the TSX Venture Exchange nor its Regulation Services Provider (as that term is defined in the policies of the TSX Venture Exchange) accepts responsibility for the adequacy or accuracy of this release. No stock exchange, securities commission or other regulatory authority has approved or disapproved the information contained herein. 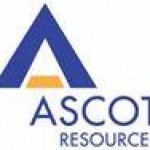 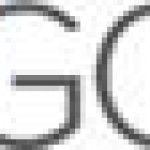