VANCOUVER, British Columbia, Sept. 30, 2019 (GLOBE NEWSWIRE) — Goldstrike Resources Ltd. (“Goldstrike” or the “Company”) (TSX-V: GSR) (APRAF.PK) (Frankfurt:KCG1) announces that Terrence E. King has stepped down as President, CEO and director of the Company effective September 30, 2019 following his retirement from the practice of securities law.  The board and management wish him the best with his retirement and would also like to thank him for his steadfast leadership for the last nine years and the significant contributions he has made to the Company.
Effective immediately, management has appointed Daithi MacGearailt to assume the positions of President, CEO and director of Goldstrike.  Mr. MacGearailt is a geologist graduated with honours from the National University of Ireland. He has worked as an exploration geologist for over 14 years in Alaska, Nevada, British Columbia and Yukon. During his career, he was involved in several new discoveries and has worked with both junior and senior mining companies covering project generation, property evaluation, and management of multimillion-dollar exploration and drilling programs.  In addition to identifying, analyzing, strategizing and negotiating acquisitions or divestments of mineral properties, Mr. MacGearailt has also been instrumental in raising millions of dollars towards the financing of exploration projects.The Company is well financed with no debt.  Management looks forward to working with Mr. MacGearailt to focus on Goldstrike’s growth by identifying potential precious metal opportunities in the Americas.ON BEHALF OF THE BOARDWilliam Chornobay
Chief Operating OfficerFor new information from the Company’s programs, please visit Goldstrike’s website at GoldstrikeResources.com. For further information follow Goldstrike’s tweets at Twitter.com/GoldstrikeRes or contact Jeff Stuart of King James Capital Corporation, handling Investor Relations for Goldstrike, by telephone at (604) 210-2150 or by email at jstuart@kingjamescapital.com.Neither the TSX Venture Exchange nor its Regulation Services Provider (as that term is defined in the policies of the TSX Venture Exchange) accepts responsibility for the adequacy or accuracy of this release.
CBJ Newsmakers 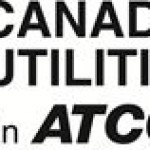 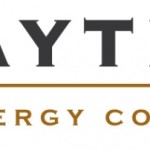