Goodfellow Inc. Announces Amendments to Its by-laws and Articles

DELSON, Quebec, April 22, 2021 (GLOBE NEWSWIRE) — Goodfellow Inc. (TSX: GDL) (“Goodfellow” or the “Corporation”) announced today the adoption by its board of directors (the “Board”) of amendments to its by-laws and articles.

Amendments to the By-Laws

The Board also adopted an advance notice by-law which creates procedures for giving advance notice to the Board of shareholder nominations for directors at meetings of shareholders where directors are being elected in order to facilitate an orderly and efficient meeting process and allow all shareholders a reasonable opportunity to evaluate all proposed nominees and make an informed voting decision. Under the advance notice by-law, shareholders seeking to nominate a candidate for a Board seat will generally be required to provide notice at least 30 days prior to the date of an annual general meeting, or within 15 days following the announcement of any special meeting where directors are being elected.

The foregoing amendments to the by-laws are effective as of their adoption by the Board and are subject to confirmation and ratification by shareholders at Goodfellow’s upcoming annual and special meeting of shareholders, which is scheduled for June 22, 2021.

Amendment to the Articles

The foregoing descriptions of the amendments to the Corporation’s by-laws and articles are only summaries. The full text will be made available under the Corporation’s profile on SEDAR at www.sedar.com following their approval by shareholders and on the Corporation’s website at www.goodfellowinc.com, and each will be more completely described in Goodfellow’s management information circular for its 2021 annual general and special meeting.

Goodfellow Inc. is a distributor of lumber products, building materials and floor coverings. Goodfellow shares trade on the Toronto Stock Exchange under the symbol GDL. 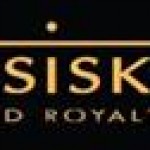 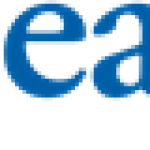