CBJ — Google says it has fired 48 employees for sexual harassment during the past two years.

According to reports the fired employees received no compensatory severance packages hours after a report by the New York Times that said the company had protected some male executives facing sexual misconduct allegations and offered them large sums to leave the company.

The shocking disclosure was sent in an email to Google employees from CEO Sundar Pichai.

A spokesman for Andy Rubin, the former Android executive, said he left on his own accord and has never been informed of any accusations of sexual misconduct. Rubin acknowledges having consensual sexual relationships with Google employees that didn’t report to him, adhering to the boundaries drawn by Google policy at that time. 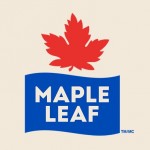