CBJ — Google plans to appeal a decision made by European Union regulators that hit the tech company with a $5.6 billion antitrust fine for using its Android mobile operating system to push out rivals.

The penalty is nearly double the previous amount Google was nailed with over its online shopping search service.

Android, which runs about 80% of the world’s smartphones according to market research firm Strategy Analytics, is the most important case out of a trio of antitrust cases against Google.

The biggest Android device makers, including Samsung, Sony, Lenovo and TCL, declined to comment on the EU case. 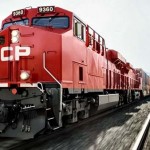