Home | CBJ News | Google Plus was a Google Minus

Google Plus was a Google Minus

CBJ — Google Plus has turned out to be a Google Minus for the multi-billion dollar California-based company, with a nightmarish inability to protect users personal information on at least two occasions that have been made known.

Google Plus was designed to be a direct competitor to Facebook, but the social media site was never able to gain significant traction and trailed far behind in user accounts.

Already destined to be shut down, Google is accelerating plans to have Google Plus disappear.

A privacy flaw that inadvertently exposed the names, email addresses, ages and other personal information of 52.5 million Google Plus users last month convinced Google to close the service in April instead of August, as previously announced. Google revealed the new closure date and its latest privacy lapse in a recent blog post .

It’s the second time in two months that Google has disclosed the existence of a problem that enabled unauthorized access to Plus profiles. In October, the company acknowledged finding a privacy flaw affecting 500,000 Plus users that it waited more than six months to disclose.

Google moved more quickly to own up to the most recent privacy problem on Plus. This time around, the names, email addresses, ages and other personal information of the affected Plus users were exposed for six days in November before it was fixed. No financial information or passwords were visible to intruders, according to Google. The company also said it hasn’t seen evidence indicating that unauthorized users who accessed Plus through the inadvertent peephole have misused any of the personal information. 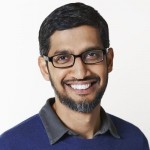