VANCOUVER, British Columbia, Feb. 06, 2020 (GLOBE NEWSWIRE) — On behalf of British Columbians, the Trial Lawyers Association of BC (TLABC) is deeply disappointed to see the provincial government’s announcement of a no-fault insurance scheme for British Columbia. Not only is this a broken 2017 campaign promise, this is an alarming move that puts injured and vulnerable British Columbians at further risk.
“In the spring of 2019, the provincial government introduced legislative changes, including what they promised the public was a “minor” injury cap. In fact, the cap included brain injuries, depression, PTSD, chronic pain and many other serious injuries. Nine months into this new law, government is announcing the injury cap policy has failed,” said John Rice, TLABC President. “This is a broken promise to British Columbians, a failed policy, and now a deliberate taking away of the right of British Columbians to receive fair access to courts and fair settlement for those injured on our roads.”“Today, this government is doubling down on its failed policy to take away the legal rights of British Columbians while protecting ICBC management who have gotten us into this mess in the first place,” added Rice. “This move will reward bad drivers and will reduce the ability for injured and vulnerable British Columbians to receive a fair settlement when injured.”A letter accompanying this announcement is available at http://www.tlabc.org/docDownload/1562300.About TLABC
The mission of the Trial Lawyers’ Association of BC is to support and promote the rights of individuals in British Columbia.For media or other enquiries:
Shawn Mitchell, CEO
604-696-6517
shawn@tlabc.org
CBJ Newsmakers 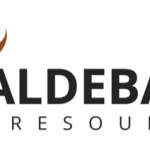 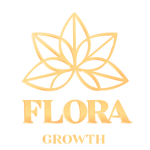