OTTAWA, Feb. 12, 2019 (GLOBE NEWSWIRE) — The Government of Canada announced on Friday that it would initiate consultations on corporate supply chain legislation this year. The statement is a positive step towards requiring Canadian companies to take action and report on their efforts to address child labour, modern slavery, and other human rights violations, according to a coalition of Canadian organizations including Fairtrade Canada, World Vision, UNICEF Canada and Save the Children.

The Government of Canada stated in the House of Commons that it will: “begin a process in 2019 to consult on possible supply chain legislation,” adding Canada to a growing list of countries taking action to address this issue. The statement is an official response to an October 2018 parliamentary report, A call to action: ending the use of all forms of child labour in supply chains which received cross-party support. The Government of Canada statement added that it has: “fully reviewed the findings of the committee’s report and will aim to achieve the goals it has identified”.

“This is a move in the right direction; the Government of Canada is showing that it is taking this problem seriously,” says Michael Messenger, President and CEO of World Vision Canada. “But the need for Canadian supply chain legislation is urgent. Each year, more than $34 billion of products are imported into Canada that may have been made by child or forced labour. Millions of children’s futures depend on this legislation.”

“Over 50,000 Canadians have signed a petition since December voicing their support for supply chain legislation, and 91 per cent of Canadians polled agree that the Canadian government should take this step” says Julie Francoeur, Executive Director of Fairtrade Canada. “Canada can show leadership by joining the growing list of other countries, including France, the UK, Australia, the Netherlands, Switzerland, Hong Kong and Germany that have either passed or are considering supply chain legislation.”

“This is an incredible milestone in the pursuit of justice for children around the world,” says Kassandra Neranjan, co-President of the UNICEF Canada Campus Club at the University of Toronto and author of the change.org petition. “As a young person living in Canada, I find it heartbreaking that 152 million girls and boys do not have the same opportunities as I do because they are being exploited through child labour. My hope now is that the Government acts quickly to help enact change and provide opportunities for these young people to shape their own futures.”

“Taking action to protect children is a key Canadian value; it’s who we are and it’s every child’s right,” says Bill Chambers, President and CEO of Save the Children Canada. “Reducing the likelihood of child labour and human rights abuses in corporate supply chains transcends partisan politics and is something all political parties and leaders should rally behind. The coalition of NGOs looks forward to working closely with the government and others in the months ahead to contribute their expertise to a time-bound and inclusive process towards this legislation.”

A photo accompanying this announcement is available at http://www.globenewswire.com/NewsRoom/AttachmentNg/26fba739-b94b-4b1d-8a84-042ca3fda4b3 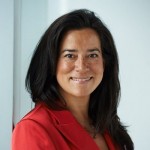