VIEW BROCHURE
In search of golden opportunities in Northern Ontario

Gowest Gold Ltd. is a progressive Toronto-based gold exploration company backed by the knowledge and expertise of industry veterans who are acutely focused on the development of its 100% owned Bradshaw Gold Deposit, the jewel of Gowest’s 109-square kilometre North Timmins Gold Project (NTGP). If expectations are realized, it will be the start of what could possibly be another spectacular gold mining opportunity in northern Ontario.

The origins of Gowest Gold can be traced indirectly to the late Pat Sheridan, a very well-known prospector who held a number of properties in the Timmins area. Sheridan had found gold on what was then known as the Frankfield property. As part of an expansion plan in 2008 it was determined that Greg Romain would be brought in as president and CEO at Gowest Gold. It was Romain’s vision to join all the properties together, which included a relationship with Pat Sheridan’s organization.

Gowest has been focusing on continuing to advance the Bradshaw Gold Deposit – formerly known as Frankfield East until about two years ago. The Bradshaw Gold Deposit is named after Ron Bradshaw, who, as founder of Gowest (formerly Gowest Amalgamated Resources Ltd.), was instrumental in the discovery of this now-advanced gold asset. It was also Bradshaw who convinced Greg Romain to join the organization to oversee operations from an executive standpoint. In December, 2009 Gowest added the first of a number of adjacent properties and, over the next several years, the company’s land position was essentially quadrupled under Romain’s direction.

The Canadian Business Journal recently spoke with Greg Taylor, Investor Relations Manager at Gowest Gold about the company’s immensely busy schedule as it moves towards what could be a potentially massive project.

“Although Gowest’s history goes back longer than that we could really say it started in 2008 when Greg Romain was brought in as President and CEO. Over the next couple of years the property was expanded and the deal was finalized,” says Taylor.

In June, 2011 there was an updated gold resource that took it beyond the historic resources of what became known as the Bradshaw Gold Deposit. Since then Gowest has been working on a number of objectives including expanding the drilling and the resources, developing the initial reserves and strengthening relationships with the First Nations groups in the region. An exploration agreement with the First Nations bands was reached in October, 2011, which was followed by the completion of a preliminary economic assessment in November of that same year.

“We then started to look into the metallurgy because this is a refractory gold and it’s a key element of the Gowest project. Refractory gold was actually how Barrick Gold became as large as it did because it was one of the first to seriously look at refractory gold. Secondly, the difference between refractory gold and non-refractory is that it takes more energy and it costs more money to extract it. But there are systems – specifically autoclaves – and the other aspects of the metallurgy and so it was pushed forward based on that. We’ve been expanding towards a plan of what we hope to develop the first new gold mine in some time in the Timmins camp,” says Taylor.

Gowest is now in a state of developing a bulk sample to test out in greater detail how much gold the company can demonstrate by actually taking it out of the ground and what the processes will cost in order to economically extract the precious resource. However, the company must first manage other core requirements prior to reaching the point of production.

“We are not yet permitted for commercial production but we are permitted for a bulk sample. That’s what we’re working on right now,” emphasises Taylor. “With the bulk sample, because of the process of building an underground mine, we’re driving a ramp down towards the first couple of ore zones. If and when we get all of the permits then we would continue into commercial mining.”

Expectation based on current plans is that Gowest would hope to be producing about 40,000 ounces a year from Bradshaw, starting in the next couple of years. The good news is that Gowest has reason to believe there is significantly more gold in the Bradshaw deposit than has currently been reported.

“For regulatory purposes I’m not making a forecast but we’ve intercepted gold in an area outside the immediate envelope of the deposit as defined. In simple terms, the drill intercepts are not close enough to the main deposit envelope to include them, but we have good reason to believe there’s going to be a lot more gold around there,” says Taylor.

Separate from the main site are a number of other properties where far less work has been done but gold has been found, so it’s the feeling of the executives at Gowest that this project could conceivably become significantly larger over time. Needless to say it’s a project that requires a great deal of financial support.

“We arranged a debt with a group out of Boston and the details get a little bit complicated but that group has agreed to advance us up to $17.6 million U.S. dollars. It’s partially a gold loan and there are conversion options, and that is where equity gets involved,” explains Taylor.

The USD$17.6 million is also roughly the cost of the bulk sample, which includes the site preparation, bringing in all the equipment, clearing the surface, driving the ramp down and extracting the sample. Separate from that, Gowest has done a number of relatively small equity financings over the last five or six years. Thirdly, the company has also been raising flow-through dollars that is more related to exploration and not directly to the bulk sample.

Meanwhile, the development of technology for mineral resources continues to evolve with the advent of more and more innovative technologies in mining and metallurgical processes.

“A lot of the geophysical work is still being done and that’s improved dramatically in the last 10 to 15 years. We have a geological model that we feel we can use to most effectively find the gold. “Perhaps the most exciting new technology though is in the x-ray ore sorting, which works because the gold in this deposit is associated so closely with arsenopyrite,” says Taylor. “Independent tests have determined that the aresenopyrite at Bradshaw has an extremely high association – in the mid to high 90% range – with the gold.”

The way that ore sorting works is that, once the mineralized rock is crushed and screened for sizing, it is moved at a fairly high rate of speed past an x-ray reader. When the unit detects arsenopyrite, it allows the crushed rock to go to the processing pile. If the arsenopyrite is low, it is destined for the discard pile.

“We find that we can get rid of almost 50% of the rock and as a result only 50% needs to go to the next step in the process, which has an effect of doubling the grade. It doesn’t literally double it, but it cuts the waste in half. It doesn’t have to be hauled away or processed. This type of innovative technology helps to dramatically cut costs,” notes Taylor.

At Gowest Gold there is a complete commitment to health and safety procedures to ensure the well-being of everyone working on the project. Environmental and sustainable practices are also strictly enforced. Partners such as Golder & Associates play a vital role in helping to lead in those areas.

“One of the key areas is the management of any water that comes in contact with the rock that we move. While it’s an extremely important component, it’s not a major challenge from a management point of view. In other words, the processes of protecting the water in this area are well known and well demonstrated,” confirms Taylor.

In June, 2017 it was announced that Gowest had entered into a share purchase agreement with Northern Sun Mining Corp. to acquire a 50% interest in the Redstone mill south of Timmins.

“We’re working with Northern Sun to push that agreement forward,” says Taylor. There is still third-party consent required for some regulatory approvals and to satisfy the normal closing conditions. It’s taken a little longer than had originally been expected but that is in no way unusual in this industry.

The next couple of years are going to be extremely busy and no doubt rewarding for those involved with Gowest Gold with an incredible potential for success.

“By 2020 I would hope and expect that we will be commercially mining the Bradshaw Gold deposit. It should be an operating underground mine producing in the vicinity of 40,000 ounces of gold per annum or more,” says Taylor. “Secondly, I would hope that we would be able to have a handle on a longer mine life than the current seven or eight years that is currently forecast. Thirdly, I would hope we would have begun to delineate more gold in one or more other Gowest properties in the North Timmins Gold project area as well as just outside the main area. Finally, and perhaps most exciting, by 2020 I would hope that plans would be more advanced to have a central autoclave planned that would be able to handle not just Gowest’s production but what is estimated to be between 10 and 15 million ounces of gold in the area. We would hope to be very actively involved in that.” 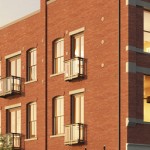 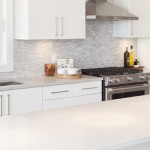