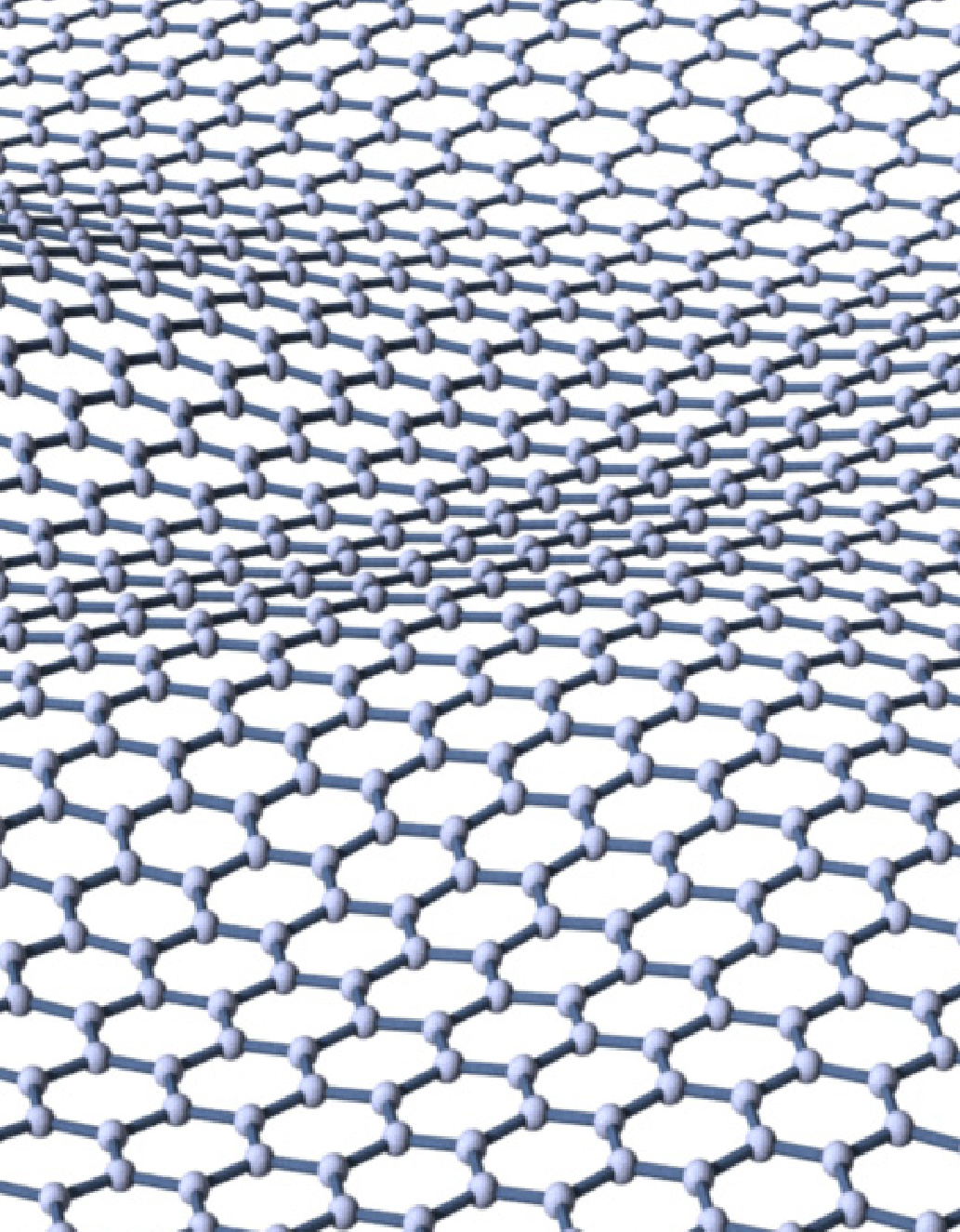 A Slice of the Future

Grafoid Inc. is building the future with its advanced research into a more efficient means of extracting graphene from graphite, work which has the potential to change the face of multiple high tech industries.

If ever there were a material that could be termed a “game changer” graphene would have to be it.

Graphene is a substance hard to get your head around. The material is in essence one-atom thick layers of graphite. It is both extremely difficult to extract from graphite and extremely valuable as it possesses all the most coveted properties of graphite (strength, electrical conductivity, elasticity, heat absorption) in a fraction of the size.

Dr. Gordon Chiu is the Vice President of Grafoid as well as the chief scientist of Focus Graphite Inc., a company that owns a high-grade technology graphite deposit at Lac Knife, Quebec. Grafoid has invented a unique technology that produces pristine, economically scalable and functional graphene directly from Lac Knife’s graphite ore. It is an extraction process, he says, that creates efficiencies that far surpasses traditional methods.

Started just over a year ago, Grafoid is a company founded with the goal of providing the worldwide market with a source of high quality yet affordable graphene – a problematic aspiration when set beside the low efficiency and high cost of traditional extraction processes.

Right now, extracting graphene from refined graphite flakes is an arduous, fifteen-step process known as the ‘scotch tape method’ that involves separating graphite into graphene by mechanical means. The resultant graphene is subsequently dissolved in a hydrazine solution, a process that leaves about five per cent graphene and a great deal of left over carbon dust.

One of Grafoid’s advantages is the source of its feedstock – supplied by its sister corporation, Focus Graphite. “It’s a very high concentrate,” says Chiu. “In fact the term is ‘super concentrate’ – that is, any graphite grade of more than 10 per cent.”

Using this super concentrated deposit and the research of Chiu and his team, Grafoid has come up with an improvement on the scotch tape method. “It is possible to take a super concentrate and develop a method that would allow you to skip the fifteen steps you go through in the purification of graphite,” says Chiu.

With the more labour-intensive ‘scotch tape’ method of extraction a large amount of graphite is required to achieve the desired quantity of graphene, but Dr. Chiu’s process is far more efficient, and less costly. The only remaining issue is that none of the current infrastructure could handle the new procedure – a stumbling block addressed by some ground-breaking developments from Chiu.

“Because graphene is a 21st century material whereas graphite is really a 19th century materials, we were using all the wrong tools to handle a 21st century material,” explains Chiu. So Grafoid Inc. developed the machinery necessary and filed the patent for this product last month. With this infrastructure and a super concentrated deposit they will now be able to essentially mine for graphene, says Chiu.

Grafoid is now at the proving stage of its mass production process of bilayer and trilayer graphene.

The properties of graphene are truly amazing, and the potential applications extend across every industrial sector and their individual participants. The key features of graphene echo those of graphite: the strength of steel accompanied by high flexibility; remarkable heat dispersion qualities; and the ability to conduct electricity, all squeezed into layers three atoms thick. Unlike other conductive materials, graphene can be mixed into polymers to form super strong plastic materials, a commercial project now under development by Grafoid and Rutgers University’s advanced polymer institute.

The potential for application is nothing if not intriguing. Aeronautical engineers striving for methods to augment both the speed capabilities of aircraft and the length of time planes can stay in the air — but bound by the need to do this without larger engines and the attendant spike in fuel costs – can look towards making aircraft lighter with no accompanying loss of strength. Companies such as Boeing and Airbus Industries use carbon fiber, another graphite derived material, in the production of wing spars and flaps for their planes. But as the price of graphene drops it graphene will become the commercial material of choice for the aviation and other transportation industries.

Construction is another industry that could benefit from a lightweight replacement for steel. Steel is an expensive commodity to transport, while the lightweight graphene drops fuel and other transportation costs, while sacrificing none of the strength and conductivity of steel.

Because of its conductivity, graphene has caught the attention of electronics component manufacturers like Hydro-Quebec which is looking to introduce Grafoid’s graphene in their Lithium Iron Phosphate (LFP) batteries for electric vehicle power systems and consumer electronics. One of the world’s largest suppliers of graphene, CVD Equipment Corporation has engaged Grafoid in a joint venture to co-develop patentable mass production technologies that combine CVD’s materials and Grafoid’s scientific expertise.

Graphene’s astonishing heat dispersion capabilities make it an ideal candidate for use in consumer electronics. By using thin graphene plastic sheets in devices like tablet computers and cell phones, engineers can keep the heat on these devices low while also making them thinner than ever. The world’s leading electronics makers are racing to produce the first wearable computers and smart phones based on graphene’s remarkable properties.

Crucial to Grafoid’s future is increasing both the availability and viability of graphene across its potential markets. At $50,000 per kilogram, graphene is a pricey proposition for companies considering its adoption as a new material. Grafoid is taking a proactive approach, splitting project costs 50-50 with potential clients to defray some of the expense involved in the early adoption. Chiu says that such co-developments will drive awareness of the fact that what used to be unaffordable is now a viable proposition.

Grafoid Inc. also plans on spending the next year finding the perfect plastic to use with the graphene. There are multiple candidates for the plastic but the company is carefully considering the numerous factors involved such as cost, ensuring that it can be derived from natural gas processes, and also verifying the material’s ability to be successfully mixed with graphene. “The course for the next year is to delineate these and find out which ones will work best,” says Chiu.

Grafoid is in the enviable position of being involved in the development of a material that has the potential to change multiple industries dramatically, and in fact could change the world around us. Or as Chiu says “We didn’t go from the stone age to the iron age because we ran out of stones. We evolved into that area because iron has better uses.”