TORONTO, Dec. 04, 2019 (GLOBE NEWSWIRE) — Gran Colombia Gold Corp. (TSX: GCM; OTCQX: TPRFF) announced today that it has agreed to acquire US$5 million of 10% secured convertible debentures (the “Debentures”) in a non-brokered private placement offering (the “Offering”) of US$20 million principal amount of Debentures by Gold X Mining Corp. (TSXV: GLDX, formerly Sandspring Resources Ltd). The proceeds of the Offering will be used solely by Gold X Mining for exercising the option to purchase, through its wholly owned subsidiary, ETK, Inc. (“ETK”), 100% of the interest in the Toroparu Project in Guyana held by Mr. Alphonso pursuant to a joint venture agreement between Mr. Alphonso and ETK.
Commenting on the transaction, Lombardo Paredes, Chief Executive Officer of the Company, stated, “The exercise by Gold X Mining of its option to purchase 100% of the Toroparu gold deposit provides ownership certainty as they continue on the path to create value for their stakeholders, including Gran Colombia.”Funding for the Offering comprises US$10 million from Wheaton Precious Metals and US$5 million from each of Gran Colombia and the Fiore Group. The Debentures will mature 36 months from the date of closing, which is expected to occur during the first two weeks of December 2019 and remains subject to approval by the TSX Venture Exchange.The Debentures will be convertible, in whole or in part, at the option of holder into Gold X Mining common shares based on a conversion price of CA$3.20 per share and the closing Canadian dollar exchange rate as published by the Bank of Canada on the business day prior to conversion.Interest on the Debentures will be compounded semi-annually and payable annually. Interest is payable in shares at the option of the holder. If the holder does not elect to receive shares, then Gold X Mining has the right to settle the interest payment in cash or defer payment, with interest, to maturity.About Gran Colombia Gold Corp.Gran Colombia is a Canadian-based mid-tier gold producer with its primary focus in Colombia where it is currently the largest underground gold and silver producer with several mines in operation at its Segovia and Marmato Operations. Gran Colombia is continuing to focus on exploration, expansion and modernization activities at its high-grade Segovia Operations and, through a spin out transaction with Bluenose Gold Corp. announced on October 7, 2019, Gran Colombia is progressing toward a major expansion and modernization of its underground mining operations at the Marmato Project.Additional information on Gran Colombia can be found on its website at www.grancolombiagold.com and by reviewing its profile on SEDAR at www.sedar.com.Cautionary Statement on Forward-Looking Information:This news release contains “forward-looking information”, which may include, but is not limited to, statements with respect to anticipated business plans or strategies. Often, but not always, forward-looking statements can be identified by the use of words such as “plans”, “expects”, “is expected”, “budget”, “scheduled”, “estimates”, “forecasts”, “intends”, “anticipates”, or “believes” or variations (including negative variations) of such words and phrases, or state that certain actions, events or results “may”, “could”, “would”, “might” or “will” be taken, occur or be achieved. Forward-looking statements involve known and unknown risks, uncertainties and other factors which may cause the actual results, performance or achievements of Gran Colombia to be materially different from any future results, performance or achievements expressed or implied by the forward-looking statements. Factors that could cause actual results to differ materially from those anticipated in these forward-looking statements are described under the caption “Risk Factors” in the Company’s Annual Information Form dated as of March 27, 2019 which is available for view on SEDAR at www.sedar.com. Forward-looking statements contained herein are made as of the date of this press release and Gran Colombia disclaims, other than as required by law, any obligation to update any forward-looking statements whether as a result of new information, results, future events, circumstances, or if management’s estimates or opinions should change, or otherwise. There can be no assurance that forward-looking statements will prove to be accurate, as actual results and future events could differ materially from those anticipated in such statements. Accordingly, the reader is cautioned not to place undue reliance on forward-looking statements.For Further Information, Contact:
Mike Davies
Chief Financial Officer
(416) 360-4653
[email protected]
CBJ Newsmakers 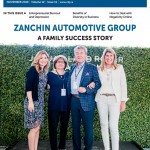 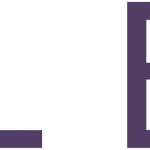