Not for distribution to U.S. news wire services or dissemination in the United States.TORONTO, Oct. 31, 2019 (GLOBE NEWSWIRE) — Gran Colombia Gold Corp. (TSX: GCM; OTCQX: TPRFF) (“Gran Colombia”) is pleased to provide an update on its plan to spin off its Marmato Mining Assets into a special purpose vehicle (“Marmato SPV”) to be created by Gran Colombia which will then complete a reverse takeover transaction (the “RTO Transaction”) with Bluenose Gold Corp. (TSXV-BN.H) (“Bluenose”) as announced on October 7, 2019.  In connection with the RTO Transaction, Gran Colombia has entered into an agreement pursuant to which a syndicate, led by Scotiabank, as sole bookrunner, and including Red Cloud Securities (together, the “Agents”), have agreed to act as agents in connection with a marketed private placement offering of subscription receipts of Marmato SPV (the “Subscription Receipts”) at a price of CA$2.00 per Subscription Receipt, for aggregate gross proceeds of between CA$10 million and CA$15 million (the “Offering”).
Upon the satisfaction of certain release conditions (the “Release Conditions”), each Subscription Receipt shall entitle the holder to receive one Marmato SPV common share (an “SPV Share”) and one SPV Share purchase warrant (an “SPV Warrant”). Each SPV Warrant shall entitle the holder thereof to acquire one SPV Share, subject to standard adjustment provisions, at a price of CA$3.00 per SPV Share for a period of five years from the date of closing of the Offering.  Upon closing of the RTO Transaction, all SPV Shares and SPV Warrants will automatically be exchanged for common shares and common share purchase warrants of the resulting issuer, expected to be renamed “Caldas Gold Corporation” (“Caldas”), formed by the merger of Bluenose and Marmato SPV. Further details on the exchange of securities and the RTO Transaction will be provided in a subsequent press release once Bluenose and Gran Colombia enter into a definitive agreement in respect of the RTO Transaction (the “Definitive Agreement”), which is anticipated to be completed prior to the closing of the Offering.The pricing of the Subscription Receipts reflects the proposed 10 for 1 share consolidation of Bluenose common shares which will be completed immediately prior to the closing of the RTO Transaction.The net proceeds of the Offering and a concurrent non-brokered private placement with Gran Colombia will be used by Caldas to fund technical work at Marmato, including the preparation of a prefeasibility study, and further exploration drilling, as well as for general corporate purposes.On closing of the Offering, expected to occur on or before November 27, 2019, the gross proceeds from the Offering, less 50% of the Agents’ commission and all of the Agents’ expenses (the “Escrowed Proceeds”), will be held in escrow by an escrow agent satisfactory to Gran Colombia and Scotiabank pending satisfaction of the Release Conditions, which include the satisfaction of all conditions precedent to the completion of the RTO Transaction and the receipt of all required regulatory and third party approvals to the RTO Transaction.  Provided the Escrow Release Conditions have been satisfied on or prior to 5:00 p.m. (Toronto Time) on March 27, 2020, the Escrowed Proceeds (and accrued interest less an amount on account of the balance of the commissions and expenses payable to the Agents) will be released to Caldas.About Gran Colombia Gold Corp.Gran Colombia is a Canadian-based mid-tier gold producer with its primary focus in Colombia where it is currently the largest underground gold and silver producer with several mines in operation at its Segovia and Marmato Operations. Gran Colombia is continuing to focus on exploration, expansion and modernization activities at its high-grade Segovia Operations and, through a spin out transaction with Bluenose Gold Corp. announced on October 7, 2019, Gran Colombia is progressing toward a major expansion and modernization of its underground mining operations at the Marmato Project.Additional information on Gran Colombia can be found on its website at www.grancolombiagold.com and by reviewing its profile on SEDAR at www.sedar.com.Cautionary Statements:

This news release contains “forward-looking information”, which may include, but is not limited to, statements with respect to anticipated business plans or strategies, expected name of the resulting issuer, anticipated timing of the Definitive Agreement, and anticipated closing of the Offering. Often, but not always, forward-looking statements can be identified by the use of words such as “plans”, “expects”, “is expected”, “budget”, “scheduled”, “estimates”, “forecasts”, “intends”, “anticipates”, or “believes” or variations (including negative variations) of such words and phrases, or state that certain actions, events or results “may”, “could”, “would”, “might” or “will” be taken, occur or be achieved. Forward-looking statements involve known and unknown risks, uncertainties and other factors which may cause the actual results, performance or achievements of Gran Colombia to be materially different from any future results, performance or achievements expressed or implied by the forward-looking statements. Factors that could cause actual results to differ materially from those anticipated in these forward-looking statements are described under the caption “Risk Factors” in the Company’s Annual Information Form dated as of March 27, 2019 which is available for view on SEDAR at www.sedar.com. Forward-looking statements contained herein are made as of the date of this press release and Gran Colombia disclaims, other than as required by law, any obligation to update any forward-looking statements whether as a result of new information, results, future events, circumstances, or if management’s estimates or opinions should change, or otherwise. There can be no assurance that forward-looking statements will prove to be accurate, as actual results and future events could differ materially from those anticipated in such statements. Accordingly, the reader is cautioned not to place undue reliance on forward-looking statements.This news release does not constitute an offer to sell or a solicitation of an offer to buy any of the securities in the United States. The securities have not been and will not be registered under the United States Securities Act of 1933, as amended (the “U.S. Securities Act”) or any state securities laws and may not be offered or sold within the United States or to U.S. Persons unless registered under the U.S. Securities Act and applicable state securities laws or an exemption from such registration is available.For Further Information, Contact:
Mike Davies
Chief Financial Officer
(416) 360-4653
investorrelations@grancolombiagold.com
CBJ Newsmakers 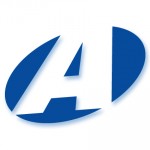