The Grands Prix Cyclistes races are set to take place this September in two cities in Québec: Québec City and Montréal. These are the only North American stops on the UCI (Union Cycliste Internationale) WorldTour, which promotes the globalization of élite cycling. The Québec City racie will take place on Friday, September 11, and the Montréal race will happen on Sunday, September 13. These two races, both free for the public to come and watch, are part of an international 26-race calendar.

These cycling events, known as the Grands Prix Cyclistes de Québec et de Montréal, have occurred annually during the second week of September since 2010. The events began when Serge Arseneault, President of the Grands Prix Cyclistes, realized that the only way to have consistent annual events long-term in Québec was to own their own sporting events. Arseneault, who is passionate about sports and has extensive experience as a sports promoter and commentator, approached contacts in the UCI and requested a stop in Québec. The WorldTour represented the highest level of cycling events in the world, and Arseneault sought to bring that tour right into our Canadian backyard.

“It was pretty unusual to have two races of this calibre about 200 kilometres and two days apart, knowing that at that time, the only cycling race out of Europe was a race in Australia,” recalls Executive Vice President Marcel Leblanc.

So what is it like to attend a cycling event? Leblanc explains it to us.

“Just to make a comparison with hockey, something we know a little better in North America, the UCI WorldTour is like the NHL. There are 18 WorldTeams, the 18 best teams in the world who are obligated to participate in our races. These are the same teams also at the Tour de France. The best teams with the best riders at the best races in the world.”

That being said, the cycling races still differ from the NHL in one important way.

“The difference between a cycling event and a baseball or hockey game is that these events do not take place in a closed venue. The venue is the city. You get to see shots of the cities, the buildings and the landmarks. We have a helicopter that follows these five-hour races, and we don’t just show the bikes. We take the time to show the cities and their landmarks, which are seen all over the world,” says Leblanc.

“We’ve got some riders, their specialty is sprinting. Others specialize as climbers. Here in Montréal and Québec City, you need to have a good mix between climbers and punchers who can both endure a long race and climb hills. Once they climb the hills 17 times in Montréal, they’ve gone over 3,900 metres high. It’s the same as an alpine stage at the Tour de France,” Leblanc adds.

When first given the opportunity to host the WorldTour in Québec in 2010, Leblanc realized the importance of making a good first impression in order to shift tired outlooks in professional cycling.

“There’s still an old mentality in cycling. A lot of people still think that cycling should stay in Europe and it’s going to be hard for the cyclists to travel with jetlag. So at the beginning, I told myself and my team that the thing we need first—because we won’t get a second chance to make a good impression—is to put everything together to make sure that the riders are in the best environment possible to race. That way, all they need to worry about is the race,”Leblanc explains.

The Grands Prix Cyclistes decided to partner with Air Transat, and chartered a plane from Paris to Québec City before the race, and from Montréal to Paris one week later. From the plane, riders had all their equipment moved into a hotel. Travelling together, staying at the same place and sharing meals together ensured that all riders received the same excellent treatment.

“It’s pretty unique, because these riders are with each other all year round on the race track, but they don’t travel together or stay at the same hotel. In Europe, all of the teams have RVs or trailers. It’s easy to travel from France to Belgium to Germany. It’s never very far,” Leblanc says.

Leblanc notes that the cyclists also enjoyed the enthusiastic Canadian reception they received, as cycling has become increasingly international in recent years. Last year, 28 nationalities were represented at the Grands Prix Cyclistes, including riders from South America and Africa.

“When the riders go in Italy, France or Belgium, people will root for the French in France or the Italians in Italy. Here, people root for everyone because they are glad to have this kind of race here in their backyard. The riders appreciated that along with the services we provided them,” he says.

To promote the development of élite cycling in Canada, The Grands Prix Cyclistes organizers decided to add a race on Saturday in Montreal (between the Grands Prix Cyclistes races). This will be a National Criterium race for Canadian and North American riders. This additional race provides Canadian riders with an opportunity to race in a professional event, and perhaps impress WorldTeam management. There will also be a race for women, the first in Montreal since the last World Cup event held in 2009. Canada has some great female riders, and not enough races for them.

Since 2010, the Grands Prix Cyclistes have invited the Canadian National team to participate. This is one of the only chances that young Canadian riders have to compete against the best of the best and be seen by the WorldTeams. In the last few years, some Canadian riders like Hugo Houle (AG2R La Mondiale) Antoine Duchesne (Team Europcar) Guillaume Boivin (Cannondale 2013–2014), participated in the race with the National Team and later on got recruited by professional teams. Canada certainly has great athletes; they just need to get some exposure.

The Grands Prix are proud supporters of the IRIC (the Institute for Research in Immunology and Cancer) and the FQSC (Fédération québécoise des sports cyclistes). Although the events are free to attend, a portion of the proceeds from VIP ticket sales are used to help fund these organizations.

The IRIC research centre is located on campus at the Université de Montréal. The Montréal race passes right in front of the campus. To help the centre obtain research funds, the Grands Prix Cyclistes closes the Montréal course early on Sunday morning and allows donors to ride one lap of the professional race course, providing them with security and medical personnel.

The FQSC is a provincial training federation for cyclists. The Grands Prix Cyclistes helps to fund training camps to develop young Canadian riders with professional potential. They alsosupporta series of races for younger riders, aged 9–15, which are held during the summer.

However, Leblanc points out that the reason they are able to support such organizations, and are able to hold their events at all, is due to their sponsors and partners. Their public partners include Québec City and Montréal, as well as the provincial and federal government. Québecor and Air Transat are major sponsors that have believed in the Grands Prix Cyclistes since the beginning, among several others.

“The only way we can exist is by having good partnerships and sponsors. Without them, no events would take place,” Leblanc states.
Of course, in addition, no sporting event is complete without spectators. Those who would rather see the races live than on TV are encouraged to attend this September and join the crowd.

“This is the only major sporting event that is free to watch. I’m not selling any tickets. People can come, walk around the course, bring their families and have a picnic,” suggests Leblanc.

Putting on a great event

Since the very beginning, the Grands Prix Cyclistes have put in a lot of logistic effort to make sure the riders have a safe but difficult sporting challenge. Since their background is in television production (the Grands Prix Cyclistes de Québec et de Montréal are a part of Groupe Serdy) they have put effort toward the production of the international feed signal which is broadcasted in 130 countries around the world. In fact, they were among the first to produce cycling in HD in 2010. The quality of the production helped them develop solid partnerships with Eurosport, IMG and locally, with TVA Sports. Since 2010, the Grands Prix Cyclistes have received great media coverage from around the world throughout the week of the races in September.

For their partners, this is of great value because of the visibility received by Canada, Québec, and the cities of Montréal and Québec. It is also beneficial to their private sponsors. They have just renewed their partnerships with Montréal and Québec City until 2019. This is a great vote of confidence, and it pushes the Grands Prix Cyclistes to develop the races and try to do even better than they already have.

Because cycling isn’t a big part of Canadian sporting culture, as is the case in Europe, the Grands Prix Cyclistes initially had a large workload. But, after five years they have managed to build a solid fan base, as an average of 200,000 spectators show up around the courses every year, rain or shine. To conclude, this is the only major sporting event that is free to attend for everyone. Furthermore, if you come close to the start line early enough, you’ll be able to chat with the riders. They’re great professionals, but also very easy going. They will be happy to sign autographs and even have their picture taken with you. The Grands Prix Cyclistes would like to encourage readers to come out and enjoy the show, and take advantage of the luck we have to be able to host two races of this calibre in Canada. 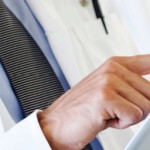 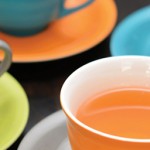