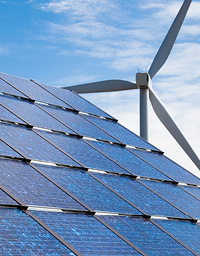 The goal of the Green Energy Act Alliance is “to make Ontario a global leader in clean, renewable energy and conservation, creating thousands of jobs, economic prosperity, energy security, and climate protection.”

Based on a feed-in tariff program, the Green Energy Act Alliance is essentially designed to ramp up installation of renewable energy in the province of Ontario, while at the same time also developing the renewable energy industry, based primarily on feed-in tariffs, and best practices for a global energy policy, according to the association’s website.

The Green Energy Act Alliance lives by its mission statement to “reinforce the commitment to conservation and renewable energy; to establish a roadmap to conservation and green energy, addressing gaps in the present plans including removing barriers; to take advantage of the clean slate that is Ontario’s electricity system, which requires an estimated $60 billion to reinforce and bring on new generation; and to identify opportunities and best practices and to capitalize on these opportunities.”

Adam Scott of the Environmental Defence, one of the founding members of the alliance of the Green Energy Act, spoke with The Canadian Business Journal this month about the advantage of the alliance and how it is making a noteworthy contribution to Ontario’s energy market.

By the numbers, there are currently 27 feed-in tariff projects connected and producing, while there are also 1,219 projects under development.

“That creates a huge boom, so we’ve basically created the renewability industry from nothing,” Scott said. “It will create about 15,000 jobs by 2015, just in this sector alone, so that’s a really big part of this program—where Ontario benefits economically—not just to ramp up renewable production.

“This has caught on as the most dominant program around the world and it is spreading rapidly,” Scott said. “It is designed to give business an investment certainty by providing a 20-year fixed contract. As an example, in Ontario, to purchase power at a fixed price, it is dependent on that jurisdictions cost to produce that power.”

Ontario’s energy by the numbers

Ontario has four different technologies that are covered by feed-in tariffs, including wind power, solar power, biomass, and bio gas, all on a small hydroelectric scale, meaning there are difference costs to produce each. With 20-year guaranteed contracts, investors feel more confident in investing up front on project costs, securing a reasonable return on investment. When the program began in 2009, it was at that time when the program figured exactly what was a reasonable rate of return, based on installation, and today, tariffs are based upon these figures.

“Anyone who says the current electricity price has been affected by the Green Energy Act is just wrong,” Scott pressed, adding that Gord Miller, the Environmental Commissioner of Ontario, recently released environmental statistics that show conservation programs and renewable energy programs in Ontario, combined, represent less than three per cent of home electricity bills.

“We can generate electricity without generating greenhouse gas emissions,” Scott beamed of the alliance’s environmental benefits, “so it is totally possible to decarbonize our environment without sacrificing our economy.

“People often make the claim that the environment and the economy are an ‘and/or’ situation, but in reality, you can do both,” Scott summarized. “The cool thing about this industry is that it is one the most environmentally friendly industry that is among the fastest growing industries in Canada.”