TORONTO, May 21, 2021 (GLOBE NEWSWIRE) — Greenland Resources Inc. (“Greenland Resources” or the “Company”) is pleased to provide an update on the following developments: upcoming summer environmental and engineering field program; molybdenum market outlook, exploitation license progress and on other corporate initiatives which include marketing and progress on the sale of its subsidiary Copenhagen Minerals Inc.

The Company submitted an application to the Greenland authorities to conduct field work on the Malmbjerg Molybdenum Project in east-central Greenland during the month of August 2021 as well as for entry dispensation under current COVID 19 quarantine rules to facilitate the site visit. A helicopter with Air Greenland as well as a vessel to accommodate up to 15 people has been secured for the entire month of August. The Company has been working with the various consultants on the logistics and scope of work.

The environmental work, which is part of the requirements to obtain an exploitation license, will be conducted by the Danish teams from Golder A/S and COWI A/S as well as the Greenlandic consultants from Inuplan. The environmental activities will overall cover: i) botanical survey that will include the collection of lichens from a number of transects; ii) marine survey that will include hydroacoustic survey for bathymetry and a intertidal survey with collection of sculpins, blue mussels, aquatic vegetation and sediment; iii) freshwater survey with macro habitat types that will be registered, and sampling of aquatic macro-invertebrates and arctic char. None of these activities include any disruptive elements such as drilling, blasting or driving. The results will be an integral part of the final Environmental Impact Assessment (EIA) which will aim to confirm results of similar work that has been extensively conducted in the past decade in the area.

The engineering work which is part of the feasibility study and mineral resource optimization, will be conducted by geoscientists and engineers from Denmark, the US/Canada and Greenland, many of them were involved in the 2008 feasibility study. Some of the companies in addition to our management team that will be participating include Tetra Tech, DRA, Knight Piésold, Paterson & Cooke, RPA and, Moose Mountain Technical Services. The work will cover: i) optimize tunnel alignment surveys and geometry; ii) confirmation of previous geotechnical inspection of the areas proposed for installing the crusher infrastructure at the mine site; iii) conduct hydrology analysis at the mine site for supplying plant process water; iv) confirm the layout of the marine, barges and harbour infrastructure at Mestersvig inlet; v) confirmation of the Noret inlet tailings management facility (TMF); and vi) confirm the route of the hydraulic ore transportation pipeline from the crusher mine site to Mestervig inlet infrastructure and to the TMF.

Dr. Ruben Shiffman, Executive Chairman commented: “molybdenum futures are in contango breaking a new seven-year high and are positioning the economics of our project in a very positive light. Overall, we remain cautiously optimistic as the development of the project and demand outlook is looking good and we continue to work with our European friends on future capex needs and more.”

The molybdenum market is following the bullish trend in prices of industrial metals. We identify Green Energy, Infrastructure projects and China as the long-term catalysts for molybdenum supply and demand. On green energy, the World Bank Group, in its 2020 “Report on Minerals for Climate Action: The Mineral Intensity of the Clean Energy Transition”, estimates a 119% demand increase for molybdenum from electricity generation technologies through 2050. The International Energy Agency estimates a 290% growth in demand for molybdenum from clean energy technologies in 2040 relative to 2020 levels on its May 2021 report “The Role of Critical Minerals in Clean Energy Transitions”. On Infrastructure, the dramatic economic contraction worldwide caused by COVID-19 is forcing governments around the world to speed up infrastructure investments to spur growth. In the US alone, the American Society of Civil Engineers rated the US C grade infrastructure with a US$2.6 trillion gap, an amount that is currently being discussed in the US Congress. On China, the country represents close to 28% of global use and production of molybdenum. China has kept in the past decade fairly balance molybdenum trade in terms of net exports. However, in 2020 China had a deficit on exports minus imports of 116 million pounds of molybdenum, representing 20% of global supply. Furthermore, early this month, China’s Custom Statistics agency reported a Q1-2021 net export deficit of 16.7 million pounds, equivalent approximately to 11% of global supply. In addition, from April 21, 2021 to May 21, 2021 prices for the molybdenum one-month futures contract traded at the London Metals Exchange rose 30% to US$14.20/lb Mo.

Table 1. Regional Use and Production of Molybdenum
https://www.globenewswire.com/NewsRoom/AttachmentNg/f628aff3-fa11-4388-bfea-ca617237691f

Europe is the second largest steel producer in the world and therefore uses approximately 25% of global molybdenum supply and has no domestic molybdenum production. To a greater degree, Europe steel dependent industries like the automotive, construction, and engineering, represent around 18% of Europe’s US$15.5 trillion GDP and steel needs molybdenum. According to current estimates, the Greenland Resources Malmbjerg Molybdenum Project will be capable of supplying approximately 25 million pounds per year, of environmentally friendly molybdenum in and to Europe from a responsible source, for decades to come.

The Company submitted the Terms of Reference for the EIA and SIA, concluded the pre-consultation meetings required and incorporated the few comments received in the White Paper. The Company continues to follow the exploitation license process as planned and within the expected timeframe. Also, as part of the exploitation license requirements, the Company incorporated a wholly-owned new Greenlandic subsidiary called Greenland Resources A/S and initiated the transfer of the mineral license 2018/11 that holds the Malmbjerg Molybdenum Project, into the new subsidiary.

Last month, the Company presented the Malmbjerg Molybdenum Project at the European Raw Material Alliance (ERMA) Cluster 2 mid-term meeting. The audience included investors, representatives from industry, RTOs, and others. ERMA was created last year by the European Union as part of an action plan to secure access to critical and strategic raw materials, advanced materials, and processing know-how for the European Industrial Ecosystems. In addition the Company published an article in the Government of Greenland 2021 Mineral Exploration Newsletter (Minex) on work at the Malmbjerg Molybdenum Project. The Company continues to work on liquidity alternatives for its shareholders and in the sale of its subsidiary Copenhagen Minerals Inc. and the Storo gold project announced on January 28, 2021.

Mr. Jim Steel BSc, MBA, P.Geo., a director of Greenland Resources and a Qualified Person under National Instrument 43-101, has reviewed and approved the technical disclosure in this news release.

Greenland Resources is a Canadian reporting issuer regulated by the Ontario Securities Commission, focused on the development of its world class Climax type pure molybdenum deposit located in central east Greenland. The Malmbjerg molybdenum deposit has pit-constrained Measured and Indicated Resources of 247.1 million tonnes at 0.180% MoS2, for 587 million pounds of contained molybdenum metal (RPA, 2018).  The Project benefits from a 2008 Feasibility Study completed by Wardrop (now Tetra Tech), an Environmental and Social Impact Assessment (SRK, 2007), an engineering optimization Concept Study (DRA 2019) and had a previous exploitation license granted in 2009. With offices in Toronto, the Company is led by a management team with an extensive track record in the mining industry and capital markets. For further details, please refer to our web site (www.greenlandresources.ca) as well as our Canadian regulatory filings on Greenland Resources’ profile at www.sedar.com. 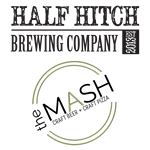