Studies indicate as many as 70 million North Americans struggle to fall and stay asleep, with nearly nine million adults taking prescription sleep aids. Whether due to shift work, sleeplessness, jet lag or seasonal blues, sleep issues that are tackled with medication can cause unwanted side effects and dependency among users.

That’s the message of James Sayegh, Technical Director of North Toronto Sleep Centre in Toronto, who explained that sleeping pills are dangerous. He says that sleep aids such as sleeping pills or melatonin supplements are band-aid solutions whose long-term use can have debilitating effects on a person’s health, well-being and productivity. Side effects from such aids range from head and muscle aches and feelings of depression, to daytime sleepiness, dizziness, and irritability.

“Although called ‘sleeping pills’, people don’t often realize the drugs they are taking are anti-depressants or muscle relaxants,” he says, adding that the long-term benefit of sleeping pills is not guaranteed.

“Sleep medication has a sedative effect, which is why people are able to say they’ve slept through the night, but this is also why so many people feel groggy and not rested in the morning,” Sayegh explains. “It is not just the hours asleep but the stages of sleep which are important to feeling rested.”

Thanks to a revolutionary new product recently introduced into the Canadian market, however, more and more people are starting to get much needed sleep the natural way. Called Re-Timer, the product – worn like a pair of glasses – can improve sleep and reduce tiredness by helping people re-time their sleep rhythms without the use of medications.

Developed through 25 years of research by university professor and practicing sleep psychologist Professor Leon Lack, Re-Timer uses a patented technology that mimics the effect of sunlight on the human body clock and produces a UV-free green light that helps the body recognize when to be awake and when to sleep. Worn for 30 minutes a day over a short time period, the glasses have been proven to naturally induce sleep by re-setting people’s sleep rhythm.

“Inadequate sleep is a serious issue among Canadians of all ages, leaving people feeling moody and affecting their productivity,” says Sayegh, whose treatment centre has been using Re-Timer glasses on patients, with positive results. “In our clinic, we see people with all kinds of insomnia, and as the season changes, we are starting to see a lot more people with low moods and low energy, many of whom previously turned to prescription sleeping aids to solve their issues.” In fact, recent research shows that about 80% of Re-Timer customers have previously used sleeping pills or melatonin supplements to help them get a better night’s sleep.

According to an August 2013 study by the Atlanta-based Centers for Disease Control and Prevention, people aged 80 and older and those in their 50s were more likely to have taken a sleeping pill or sedative in the previous month. The study also found that pharmaceutical companies reported an increased number of prescriptions filled for sleep medication in the last two decades, and it cited an earlier Thomson Reuters Research Brief that found sleep aid prescriptions tripled from 1998 to 2006 among 18 to 24-year-olds.

Natural solutions such as Re-Timer glasses are the safer way to get some shut-eye, as they can fix the underlying problem by naturally adjusting the body clock, Sayegh says.

“We have had positive feedback from our clients who have used the Re-Timer glasses. They like the fact that the glasses are comfortable, portable, easy to use and a natural treatment so that they don’t have to take medication,” he says. “When people are used to feeling tired all day and suddenly find themselves no longer in need of a daily nap, the experience can be life-changing,” he added.

Kevin Hodges, a 50-year-old university instructor from Toronto, was surprised how quickly the Re-Timer helped change his sleep patterns. After only two to three days of wearing the glasses, Hodges – whose regular sleep cycle was from 4am until 12:30pm due to years of jobs that had irregular hours and required international travel – now goes to sleep at 11pm and wakes up at 6am. The glasses sell for $299.

“I haven’t felt this good since I was a teenager,” said Hodges, who explained that his mood has been significantly improved as a result of the experience. “I didn’t expect the Re-Timer to be so easy to use and so effective.”

For more information, you can link directly to re-timer.com 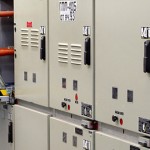 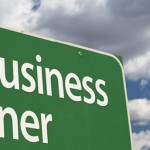