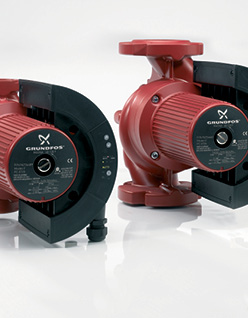 Grundfos Canada is best described as a company driven by its values.

Part of a Danish multinational corporation, Grundfos expanded to Canada in 1992. A manufacturer, distributor, and assembler of pump products and systems, Grundfos Canada has grown from an initial distribution hub to a product assembler and modifier in the Canadian market. Today, nearly 70 per cent of all Grundfos products are modified. The company has seen its revenue totals grow as well, from $5 million in its inaugural year to a $50 million annual performance, 10-fold from its beginning.

“Our goal is to be a $100 million company in five to eight years, doubling the business, which of course would double our market share,” Simon Feddema, President of Grundfos Canada, told The Canadian Business Journal.

The current market share of Grundfos Canada sits at 10 per cent, a position the company believes will see further growth as well. Part of that goal was highlighted in 2006 when Grundfos Canada acquired American-based PACO, a commercial and industrial pumps manufacturer. The following year, Grundfos Canada began working with the PACO product line as its entrance and foothold into the commercial pump business.

“We’re seeing the business change, so we can actually tackle and get into all these other markets where we really didn’t have the product line to be able to do that,” Feddema commented on the PACO acquisition.

This was again highlighted when Grundfos purchased Peerless Pumps in early 2007, giving the company a platform for the municipal water supply, fire and industrial markets. In late 2007, Grundfos purchased Yoemans Chicago Corp. for the municipal wastewater market. All of these acquisitions support its drive to be a leader in pump solutions and a trend setter in water technology.

The mandate of Grundfos Canada is to create cleaner technological solutions in order to minimize water and energy consumption and to improve efficiency by reusing resources.

Grundfos Canada is moving ahead and has seen changes occur. Existing systems were designed more than 50 years ago, a time when water usage and electricity consumption levels were not significant factors in the development of systems.

“Being a European company that is a little further ahead on that, we look for ways to change things and improve our system,” Feddema explained. “We’ve done a lot of work on the commercial side in boosting water in a building.

“If you’re on the 15th floor, you still need water. Most systems in most buildings are a minimum of 30 per cent oversized and we have managed to put technology into the product that will make it more efficient.”

A recent example of this is the company’s work with Toronto General Hospital. Grundfos Canada replaced the former 100 horsepower boosting system with a modernized system of 45 horsepower, a reduction of more than 50 per cent. These horsepower levels are reduced through system design changes and the integration of improved technology, allowing for less water usage and electricity consumption. Aside from Toronto General Hospital, Grundfos Canada is completing more and more of these projects, beginning with pump audits and reviews of buildings and equipment with a goal to reduce consumption levels of electricity and water.

Leading by example, Grundfos Canada is “taking its own medicine” with this approach as well, replacing its dated pumps and systems in an effort to be more environmentally conscious and improve its ecological footprint. Feddema summarized, “The mandate is that we will not issue more carbon dioxide into the air than we did in 2008, even though we keep growing. Four years later, we’re still hitting our mandate to do that.”

A global multinational represented in more than 55 countries worldwide, Grundfos has established a global presence, something it only wants to build on in the years ahead.

“We’re global in that we’re present but in not all areas are we as effective as we’d like to be, so our goal is to become globally even more so,” Feddema explained. “We’re still in many cases a European company that has a global presence and part of our mandate is to become truly global.”

Another key mandate for Grundfos is in research and development, an area where the company spends between four and five per cent of its gross revenues. It’s something that Feddema feels is unique about Grundfos.

“When you’re spending that kind of money on research and development, we’re innovating product and we’re doing a lot of really neat things. Most of our competition doesn’t come close,” Feddema said. “We want to be financially sound but we won’t do things just to make a buck if it doesn’t meet our values and our purpose. One of the big things we’ve been pushing in Canada is sustainability. It’s important for the environment, but we want to take it beyond that, meaning more than the ‘green’ buzzword.”

Simply put, Grundfos Canada has emerged as more than a pump manufacturer. As Feddema stated, “Most people don’t realize that one of the key things we need for life is water, and we move that water.”