Halloween a Sweet Treat For Food Producers And Retailers

Throughout the month of October, more than four million Canadian children pressured their parents to buy decorations, costumes and candy in preparation for Halloween.

In October 2015, those parents bought pumpkins, squash and zucchinis, pumping more than $51 million into the pockets of producers and agri-food retailers.

Halloween is also a bountiful season in another way for Canadian agriculture. In October 2015, consumers spent more than $418 million on candy, a growing portion of which is sweetened by natural agriculture products.

Large Canadian retailers have seen candy sales increase for the past 20 years, outpacing any other food with more than $318 million spent on average each month in 2015. Sales spike in October and peak in December, when the festive season surpasses all other months.

There’s no indication demand for candy will be any less this year, but this doesn’t mean parents don’t have a choice in the type of sweetener that is consumed by their children.

Canadian candy is made from a variety of sweeteners, including honey, maple syrup, sugar beets and sugar cane, as well as a variety of other fruits and vegetables.

Trees are the most recent addition to the list of sweetening sources.

Xylitol is a naturally occurring sweetener in many of the fruits and vegetables that we eat on a daily basis and is also found in hardwood trees. It’s an all-natural sweetener that looks and tastes like sugar, but is good for the teeth, stabilizes insulin and hormone levels, promotes good health and has none of the negative side effects of white, refined sugar or artificial sweeteners.

“The use of colourants in candy is undergoing an important transition,” says Dr. Plamen Nikolov, innovation specialist of Colarome, a Canadian manufacturer of natural dyes, flavours and extracts. “A growing number of the red candies you eat today are being coloured with natural colourant extracts from red beet and red cabbage. The trend toward natural colours for foods, drinks and sweets is here to stay and it’s good news for agriculture producers.”

The Canadian sugar industry is vibrant, enjoying a competitive position in world markets. As a result, Canada exports a lot of confectionery products to global markets, the majority to the U.S.

With such a huge market next door, Canada’s chocolate and confectionary products have become the country’s second largest export of manufactured food. Among all exporters in 2015, Canada ranked as the world’s eighth-largest exporter of chocolate and candy with 5% of the global market.

Sugar prices are expected to recover after falling more than 30% in 2014. As a result of the price drop, sugar production in the European Union and India has declined, leading to a lower stocks-to-use ratio in 2016.

“I doubt higher prices are going to curb either demand or consumption of one of Canada’s favourite foods,” says J.P. Gervais, chief agricultural economist for Farm Credit Canada. “So I suspect Halloween will be more of a treat than a trick this year for Canada’s agriculture industry.” 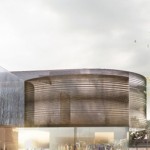 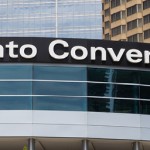