MONTREAL, Feb. 09, 2021 (GLOBE NEWSWIRE) — Harfang Exploration Inc. (“Harfang”) (TSX-V: HAR) is pleased to announce new results from soil and infill till surveys completed on its 100% owned Serpent Property (“Property”) in James Bay (Québec) (Fig. 1). These highly encouraging results further reinforce gold potential in the bedrock in the vicinity of the previously disclosed gold-in-till anomaly. An Induced Polarization (“IP”) geophysical survey and a drill campaign are underway.
HighlightsSoil survey defines priority targets (Fig. 2):35 samples (among 560 fine fraction, B-horizon samples) returned over 50 ppb Au and 17 returned more than 100 ppb Au. One soil sample graded up to 1.54 g/t Au in the vicinity of the interpreted Stu structure;Soil anomalies are distributed in 7 clusters (A to G) scattered over a 2.5 km by 1 km area along major structural corridors and at their intersections;With the exception of clusters E and F, all other clusters are coupled with gold-rich till samples.
Infill till survey strengthens the existing gold-in-till anomaly (Figs. 3 and 4):19 out of 23 infill tills collected during fall contained above 20 gold grains, mainly in clusters A and B;5 till samples contained over 100 gold grains (140, 145, 162, 258, 294);37 Heavy Mineral Concentrates (“HMC”) from till samples graded above 1 g/t Au (among 82 new results), including 2 samples above 30 g/t Au;Tourmaline and abundant scheelite grains are locally found inside the gold-in-till anomaly; tourmaline and scheelite are indicator minerals for orogenic gold deposits among others.IP SurveyA 69 line-kilometer IP survey covering the gold-in-till anomaly area with lines spaced 100 m apart has begun in early January. The main objective of this survey, located over multiple gold occurrences in bedrock and gold-rich soils, is to identify geophysical targets and some of them will be drilled-tested this winter.Drilling CampaignThe maiden diamond drill program on the Serpent Project started on February 1. Harfang will execute a 4,000 m program designed to test selected areas underneath gold-rich tills, soils and surface showings mainly associated with geophysical anomalies detected by the IP survey and structural corridors such as the Stu structure and the associated shear zones. Our strategy for this first phase of drilling is to aim at specific targets under clusters A to G and to drill along a fence across the Stu structure according to our conceptual geological model.Harfang is thrilled by the actual winter exploration program which will test new well-defined targets along kilometric scale structures as part of the first-ever drilling campaign of the Corporation. The actual program is expected to evolve into subsequent drilling phases due to the extensive area (>8 km2) to be investigated.To view FIGURES 1 to 4, please click here.The technical and scientific information in this press release has been prepared and approved by François Huot, P.Geo, Vice President Exploration at Harfang, a “qualified person” as defined by NI 43-101.Quality controlBoth 2020 soil and till samples were collected by Harfang’s employees. Soil was collected in the B-horizon layer using an auger. Sampling sites were separated from each other by approximately 50 m to 100 m. Each sample (300-500 g) was placed in a paper bag which was wrapped in a plastic bag to avoid contamination between samples. Tills were collected in the C-horizon from hand-dug or excavator pits at depths up to 1 m. These samples are separated by 200-250 m along lines spaced 500-600 m apart. Infilling till sampling was done in specific areas. Each till sample (12-20 kg) was placed in a plastic bag and securely sealed with fibertape.Soil samples were sent to ALS (Val-d’Or, Québec). Chemical elements of the fine fraction (<180 m) were determined by ICP-MS following an Aqua Regia partial digestion using a 25 g aliquot. The lower detection limit for Au is 1 ppb.Till samples were sent to Overburden Drilling Management [“ODM”] (Nepean, Ontario). This laboratory proceeded with the gold grain count, the identification of some indicator minerals, and the determination of gold grain shape from the non-magnetic HMC’s (specific gravity >3.3). Quantities of grains mentioned in the text and shown in figures correspond to normalized values calculated from the counts given by ODM by adjusting the table feed weights (fraction <2 mm) to 10 kg. Nineteen samples were also processed for tourmaline counts using mid-density concentrates of specific gravity 2.8-3.3.Till is a transported surficial media produced during active glaciation that may be affected by subsequent surficial processes resulting in the possible modification of the gold content. As such, the occurrence of a gold anomaly in till is not conclusive evidence of a mineral deposit existing within the Property limits.Non-magnetic HMC’s were analyzed by Actlabs (Ancaster, Ontario). Chemical elements were determined by INAA or by ICP-OES following an Aqua Regia partial digestion. The lower detection limit for Au is 5 ppb.The sampling procedures and the quality control related to the till and soil surveys followed protocols developed by Harfang, ODM, Actlabs and ALS. Preliminary data interpretation was done by Harfang.About HarfangHarfang is a mining exploration company whose primary mission is to discover new gold districts in the province of Québec. Harfang’s development model is based on the generation of new mining projects and on the establishment of partnerships with major exploration and mining companies to advance its exploration projects.For further information:
François Goulet
President and Chief Executive Officer
Tel: 514 940-0670 #339
Email: [email protected]
Web : www.harfangexploration.comNeither TSX Venture Exchange nor its Regulation Services Provider (as that term is defined in the policies of the TSX Venture Exchange) accepts responsibility for the adequacy or accuracy of this release.This press release may contain forward-looking statements that are subject to known and unknown risks and uncertainties that could cause actual results to vary materially from targeted results. Such risks and uncertainties include those described in Harfang’s periodic reports including the filings made by Harfang from time to time with securities regulatory authorities. 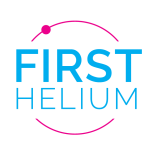 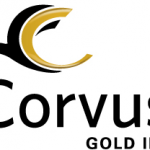