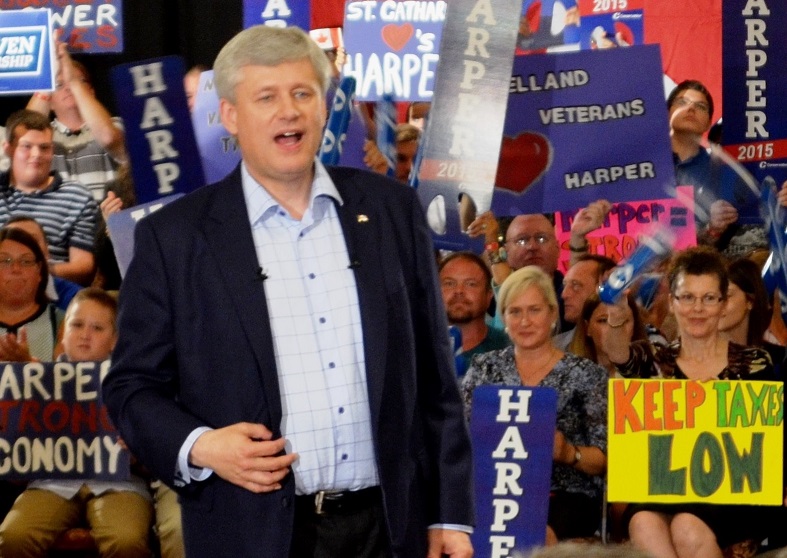 “Our government has consistently lowered taxes and enhanced benefits for Canadian families”, said the Prime Minister. “Leaving more money in the pockets of Canadian families allows them to pay their mortgage, prepare for retirement and save for their children’s post-secondary education.”

Harper says that his Conservative government has provided significant support to help families save for their children’s future education and cover post-secondary costs, including establishing the Canada Student Grants, reforming the Canada Student Loan Program and providing tax relief for scholarship funding and textbooks. Canada now places at the top of the OECD rankings in terms of post-secondary educational attainment, in part due to the Harper Government’s financial support for students.

“I know that Canadian families work hard to save for their children’s post-secondary education in order to give them the best opportunities in life”, said the Prime Minister. “It’s a major investment in the future and our government has been there to lend a helping hand.”

“Doubling the matching federal contribution for low- and middle-income students with Registered Education Savings Plans will provide meaningful assistance to these families as they save for their child’s future,” he said.

Prime Minister Harper noted that Liberal leader Justin Trudeau and NDP leader Tom Mulcair would raise taxes, reduce families’ take-home pay, and ultimately leave less money in Canadians’ pockets to save for important things like college or university.  He said the NDP would run continuous deficits and hopes that all Canadians remember how Ontario came perilously close to going bankrupt under an NDP regime led by Bob Rae.

“The choice is clear”, he concluded. “You have the Liberals and NDP who would raise taxes and leave families with less take-home pay, or our proven record of sound economic management and support for families who are saving for their children’s futures.”

Harper also touched on national security, saying that Canada has always done its part to ensure safety and peace in the world and that the country must continue to be part of the allied front against terror groups such as ISIS and the Taliban.

In other news, the Conservative party has launched a new ad that says “Stephen Harper isn’t perfect,” but is a leader Canadians “can depend on” when it comes to the economy.

But there have been a few notable hiccups of late. Just a day earlier, the Conservatives were in damage control, having to quickly drop two candidates after embarrassing videos surfaced. One video, originally aired on the CBC investigative show Marketplace with Tom Harrington, showed Jerry Bance, who was the Tory candidate for Scarborough-Rouge Park, urinating in a coffee mug while making a service call as an appliance repairman in 2012. He then dumped the urine down the kitchen sink and rinsed out the mug and carried on with his work.

Other videos showed the Conservative candidate for Toronto-Danforth, Tim Dutaud, making prank calls, including one where he pretends to have a mental disability.

A recent poll shows it’s still anyone’s election to win. Mulcair’s NDP leads at 32% support, with Trudeau and the Liberals right behind at 30% while the ruling Conservatives are trailing at this point with 27% support. The remaining 11% of voters are either leaning towards the Green Party, Bloc Quebecois or are still undecided heading towards Oct. 19. If Harper’s Conservatives fail to win the election by a majority vote, he will step down as party leader.