Having what it takes to Achieve Your Goals

Do you find that people set goals based on someone else achieving a similar goal, yet they are not willing to do what it will take to achieve it?

For the past two years I have been writing about business topics. I start with a little hockey anecdote and then include some sound advice from a friend of mine who is a business leader in Canada. People like Jim Treliving (CEO of Boston Pizza), Paul Parisi (President of PayPal) or Phil Pritchard (“Keeper of the Cup” and curator to the Hockey Hall of Fame) provided valuable insights and expertise on specific topics in business. After a while, I found there was one topic that surfaced time and time again. It was the topic of going after a goal.

Here is what happens. We read, watch or hear about someone achieving a goal. We begin to compare ourselves to them. We look at where we are and identify a gap between us and them. This sets off the notion that we need to go after that same goal if we want to have the same kind of success. What we fail to do before we start out is, take into consideration what that person went through, who they were, what resources they had around them, in order achieve the goal. So we set out and when the first difficulty arises we find ourselves wondering if this goal is even possible for us or worth it.

Think about your business goals for a moment. Are there any goals you have struggled to achieve?

What is important to understand with setting a goal is, the origin of that desire for the goal is to attain something that has not yet been done. The germination of this goal usually comes from you reading, listening or watching someone else’s achievement and thinking “I want that too.”

Consider for a moment as far back as the invention of the wheel. How did it start? Did someone just get an idea that having a round shape would be a better way to move things? Or did the idea come because someone saw a fallen tree start to roll on its side? We all have great imaginations. We have the ability to look at something and think of a better way to use it or apply it to what we currently experience. Most people want to better lives for others. This all stems from us wanting to feel good – the premise of who we are.

Recently I attended a showcase event for fifteen to eighteen year old hockey players. They were hand selected to show off their talents to evaluators of teams at a higher level of hockey. The players were given the opportunity to perform their craft on ice and off ice; to connect and speak to the evaluators and meet former players who made it to pro, college and junior hockey. It was inspirational and educational for these players. They heard stories of what it was like to go from being a nobody on anyone’s radar to “making it.” This led to the players walking away with the idea that they too could achieve the goal of getting to the next level.

What quickly transpired was, as fast as they set the goal to want to make it, they were met with challenges that had them give up. Most failed to understand what was needed to achieve their goal. What conditions were surrounding the person who “made it”? Who did they have supporting them? What did they believe? What did they do when they encountered obstacles?

No different than these players we in business often times look at someone who achieves a goal that we deem worthy and think, “I am going to do that.” But are we willing to do all that is necessary to achieve it?

What I noticed with the players who said they wanted to go after the goal of making it, when an obstacle showed up, they backed down easily. Some would show up to activities late. Some would sit during the panel discussions looking at their phone or nodding off. The common message from evaluators was they watch a player’s body language – how they sat and listened to a panel discussion; what they did at the end of shift; how they reacted to a mistake. The players said they wanted to achieve the goal of making it – but were they ready to do what it takes to achieve that goal?

I believe we all have aspirations to do things and become something better than we are now. The reason we don’t achieve goals is we are not willing to do what is necessary when the time comes.

As I watched this showcase reveal the character of a player, I thought about my own journey in business. I had goals. I wanted to be profitable. I wanted to make money. I wanted to make lives of those I touch better. But was I willing to do what was necessary to achieve those goals? I looked back at the goals that I did achieve and those I did not. And there were key differentiators that stood out for me. They were subtle but when I did them they were the difference between achieving a goal and not:

1) Knowing Why – When I had deep reasons for wanting this goal I stayed focused and on task. When a difficulty showed up, I overcame the challenge staying motivated.

2) Having Accountability – I found that I would do more for others than I would for myself. By telling people close to me about the goal I put myself in a position of wanting to save face and be my word. I wanted to do what I said. If I was unwilling to tell someone, it was like I was not really trusting myself to follow through.

3) Feeling it now – When I look at a goal I see it as a future place of how I want to feel when it is achieved. It is not the ‘thing’ I want but rather what I think that ‘thing’ will bring me. So I would imagine and feel what it would be like to accomplish the goal. Live for a moment from the place of the goal already happening for me. Immediately my confidence would increase. I would feel a level of certainty come over me. I could see myself taking actions as if it happened. When a difficulty arose I had the answer already laid out. Doubt was removed and my whole body was vibing as though it had happened. So when I did achieve the goal – I came from a place of knowing. Feeling at peace.

When we see people achieve a goal we really never see all what they had to go through to achieve it. When we give respect to the goal setting process, we nurture the value and the reward so much more. When the goal is achieved there is a sense of appreciation far beyond the tangible outcome itself. Goals that we achieve require us to make the goal have more meaning. The next time you see someone achieve a goal and think I want that. Stop and ask yourself, “Am I willing to do all that it is going to take to achieve it?”

Kevin Huhn is the Founder of Be Your Best Today – a PR & Communication firm and through its mission helps small to medium-sized businesses clarify their message, get known and drive traffic through media exposure. To learn more visit beyourbesttoday.ca 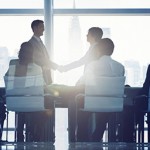