TORONTO, Aug. 25, 2020 (GLOBE NEWSWIRE) — Hemlo Explorers Inc. (the “Company”) (TSXV: HMLO) is pleased to announce that it has closed the non-brokered private placement (the “Offering”) announced on August 5, 2020, which was subsequently upsized to $3,500,000 later the same day.
Brian Howlett, President and CEO commented, “Management is pleased with the robust response to the Offering including the participation of its major shareholders, Northfield Capital and O3 Mining, which is part of the Osisko Group of Companies.  The Company plans to use the funds to further exploration of its properties, particularly the North Limb where recent prospecting and analysis of soil and lithogeochem surveys have given the Company new and exciting drill targets.” Pursuant to the Offering, the Company issued 5,000,000 units (“Units”) comprised of one common share and one-half of one common share purchase warrant (each whole warrant, a “Warrant”) for aggregate gross proceeds of $3,500,000.The gross proceeds of the Offering will be used for the exploration and advancement of the Company’s Hemlo area properties, and for general corporate purposes. Each of the securities issued under the Offering are subject to a hold period under Canadian law which will expire four months and one day from the closing date of the Offering, being December 26, 2020.Insiders of the Company acquired an aggregate of 1,009,406 Units in the Offering, which participation constituted a “related party transaction” as defined under Multilateral Instrument 61-101 Protection of Minority Security Holders in Special Transactions (“MI 61-101”). Such participation is exempt from the formal valuation and minority shareholder approval requirements of MI 61-101 as neither the fair market value of the securities acquired by the insiders, nor the consideration for the securities paid by such insiders, exceed 25% of the Company’s market capitalization.The Company paid finders fees in compliance with the policies of the TSX Venture Exchange and applicable securities legislation, to arm’s length finders in connection with subscriptions from subscribers introduced by them, totaling $85,142 in cash and 51,006 common shares of the Company. The Offering remains subject to final approval of the TSX Venture Exchange. Following the closing of the Offering, the Company has 27,123,823 common shares issued and outstanding.This news release does not constitute an offer to sell or a solicitation of an offer to sell any of the securities in the United States. The securities have not been and will not be registered under the United States Securities Act of 1933, as amended (the “U.S. Securities Act”) or any state securities laws and may not be offered or sold within the United States or to U.S. Persons unless registered under the U.S. Securities Act and applicable state securities laws or an exemption from such registration is available.About Hemlo Explorers Inc.Hemlo Explorers is a Canadian-based mineral exploration company with a portfolio of properties in Ontario and Nunavut. We are focused on generating shareholder value through the advancement of our main Hemlo area, including the North Limb, Hemlo West and the Pic Project.For more information please contact:Brian Howlett, President & CEO
Hemlo Explorers Inc.
[email protected]
(647) 227-3035http://www.hemloexplorers.caForward-Looking StatementsCertain information set forth in this news release may contain forward-looking statements that involve substantial known and unknown risks and uncertainties, including, but not limited to, exploration results, potential mineralization, statements relating to mineral resources, and the Company’s plans with respect to the exploration and development of its properties. These forward-looking statements are subject to numerous risks and uncertainties, certain of which are beyond the control of Hemlo Explorers Inc., including, but not limited to, the impact of general economic conditions, industry conditions, volatility of commodity prices, risks associated with the uncertainty of exploration results and estimates, currency fluctuations, dependency upon regulatory approvals, the uncertainty of obtaining additional financing, exploration risk and Covid-19 pandemic related orders. Readers are cautioned that the assumptions used in the preparation of such information, although considered reasonable at the time of preparation, may prove to be imprecise and, as such, undue reliance should not be placed on forward-looking statements 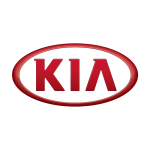 Kia Canada continues the Power To Give by donating 60,000 Protective Face Shields to Public Health Agency of Canada to Support Frontline Healthcare Workers 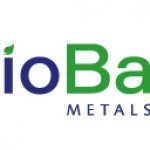