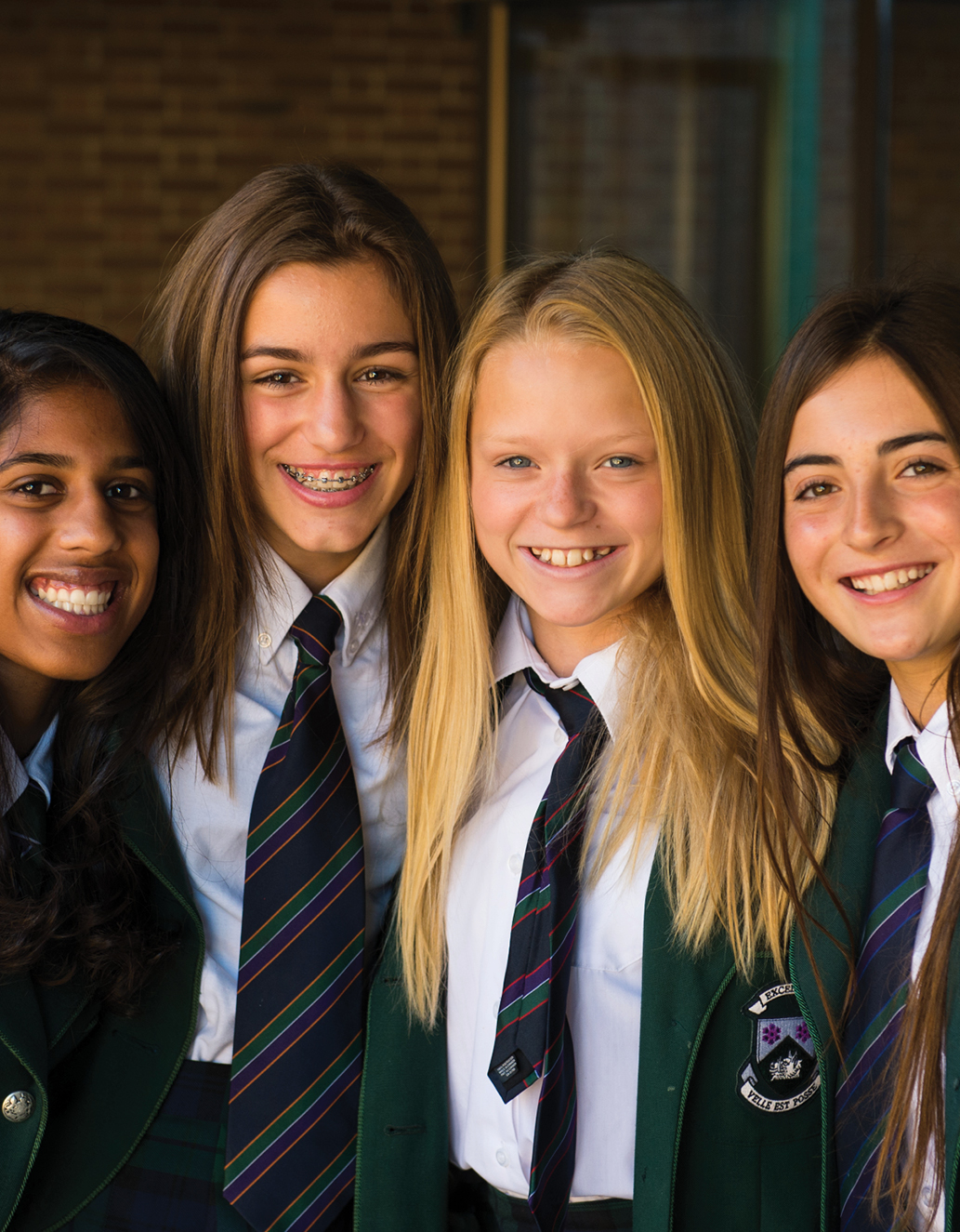 South-western Ontario’s preeminent private co-educational day school, Hillfield Strathallan College, is writing the next exciting chapter in its already storied history.
Though the school’s mission, to prepare young people for higher learning and life by emphasizing excellence and nurturing the whole of the child, has provided a the moral compass of the school that is unwavering, the physical campus, established in 1962, has continually evolved to best service the changing needs of the school’s community.

Never have these changes had a more profoundly beneficial impact than now. HSC is undergoing a two year transformation, at the core of which are two new facilities: the Michael G. DeGroote Senior School and a magnificent college-wide Athletic and Community Centre, the former of which opened in September of 2012. The final piece of the transformation, the Athletic and Community Centre, is scheduled to open on May 9, 2014, in conjunction with the Alumni homecoming week, and to much anticipation. Essential to fulfilling the vision of the ‘Transformation HSC’ project is the completion of Phase II, the new college-wide Athletic Complex and Community Centre. Once complete, the new centre will provide the necessary space for dynamic and innovative arts and athletic programming and community celebration.

The Athletic Complex and Community Centre

“For the first time in decades, the entire HSC community will gather together in one space. Students will graduate at the school that many have attended since they were three years old rather than at an offsite facility. College-wide Chapel Services, Remembrance Day ceremonies, all school assemblies, Carol Services and playing host to CAIS athletic tournaments will all benefit our students in a myriad of meaningful ways,” says Marc Ayotte, Head of College.

HSC’s motto Velle est Posse (To be Willing is To Be Able) is embodied in the school’s exemplary facilities in academics, arts, drama and athletics.

With the addition of the 35,000 square foot Athletic Complex and Community Centre, students will have the opportunity to discover their passion for sports and recreation, teamwork, and sportsmanship in a world-class training and instruction facility. Playing a major role in supporting the students, Michael G. DeGroote, announced an additional $6 million pledge towards the Athletic Complex at the ground-breaking ceremony for the Michael G. DeGroote Senior School, with alumni generously contributing the remainder to the facility, which will centralize the college’s campus around the new Green Commons.

The complex, which will include three NCAA-sized basketball courts, a multi-purpose athletics studio, conditioning room, change room, and bleacher seating, will make an enormous impact on the College, and “be a major game changer for our students in terms of academics and the arts,” says Ayotte. “Within our own community it will also allow us to have full school assemblies for the first time in year, allow us to have full school carol service, and also hold our graduation ceremonies here on campus.”

An incredible moment in the college’s history, the excitement for the completion of the Transformation HSC project is palpable. The new facility is already scheduled to host provincial and national-level tournaments, the first of which will be in the fall when the Canadian Credited Independent Schools Senior Girls Basketball tournament. “Having such a facility will no doubt have an impact on our community and will inevitably attract elite athletes who will help build our program,” said Paul Masotti, director of athletics, told the Hamilton News.

The Athletic Centre and Community Complex will impact all aspects of the school’s curriculum, says Ayotte. “A healthy mind needs a healthy body, so our fitness element is critical. Whereas we were sometimes constrained by lack of athletic space in the past, that really drove our academic timetables. By having these additional gym spaces, it is going to free up the ace timetable so that we can do more academic work at better points in the day. And because we have so many teams at Hillfield Strathallan College, it will allow for a significant increase in the number of games and practices held on campus, which is going to be great for our students.”

The complex will also augment the College’s student-centered pedagogical approach. “This is all centred on providing choice for students because that is what we are all about – allowing kids to find their own passion. With more access to additional drama, music, and athletics, the sky is the limit for them in terms of what they are going to be able to accomplish,” says Ayotte.

Additional to the complex will be exterior designs, including a heated and covered walkway that will connect the existing HSC and the new structures which is called Alumni Way in recognition of all the alumni support given to the College in terms of the campaign. Alumni Way will frame a central commons and house expanded displays of archival materials, the memories and traditions that are at the very heart of Hillfield Strathallan College, and allow for a dedicated drop off and pick up for early education families, adding to the safety of the campus.

“The implications of this centre are huge,” says Ayotte. “We talk a lot about building leaders for the future and giving them the best facilities that we can to give them those opportunities. Transformation USC supports everything we are doing in our curriculum and our programing.”

To say the least, the celebrations will sound from the HSC campus come May, when the entire campus will come out in celebration of the completion of Transformation HSC, an facility whose ambitious and visions are only to be matched by those of its students.