Whether it’s on a business trip or a family vacation people always want to be in the most comfortable, affordable and hassle-free lodging surroundings as possible when selecting a hotel while away from home. Holloway Lodging Corporation provides those amenities at hotels across Canada and in a relatively short period of time has already become recognized as a leader in turnkey hotel management services mainly in tertiary and suburban markets.

Holloway Lodging Corporation was formed in 2005 and experienced rapid expansion through the income trust phase during the first three years of existence. However, the growth came at a price, and that was in the form of too much debt having acquired properties at the peak of the market.

In 2010 a new group came in led by current Chairman Michael Rapps and by the end of 2011 they successfully recapitalized the company. It has been since that transformational management change that the fortunes of Holloway turned for the better. As a publicly-traded entity, Holloway is among the more effective companies in its industry at turning revenues into bottom-line profit.

The Canadian Business Journal recently spoke with Holloway Lodging Corporation Chairman Michael Rapps about how he and his team have successfully managed to turn the company in the right direction.

“A series of transactions successfully deleveraged the company and also rationalized the portfolio,” says Rapps about when his team took over. “Once the company had a clean slate Holloway then had the ability to go out and acquire new properties and grow the portfolio.”

In 2014 Holloway completed a merger and acquisition with another hotel company called Royal Host, essentially doubling the size of its portfolio to about 36 or 37 hotels. Since then, it’s been investing in the properties and upgrading and repositioning them as required. According to Rapps it was also about selling off some non-core assets and acquiring others to optimize the portfolio.

Holloway has a notable hotel management presence in British Columbia, Alberta, Ontario, New Brunswick, Nova Scotia, Newfoundland and Labrador, Yukon and Northwest Territories. Since the start of the new business plan was put in place in 2011 the turnaround has been extremely impressive and there has been continued success to this day. Rapps is quick to credit everyone for buying in on the new formula, which includes all of the 1,200 employees across the national network of hotels.

“Certainly the team did a great job from the time of the restructuring right through to the acquisition of Royal Host and integrating the properties and really making the investments that were required. It was a solid effort by everyone involved and it really paid off,” he says.

The skillsets of the executive management team are exceptionally diversified, which has proven to be a huge benefit in advancing the business forward. In addition to Rapps, who has a background that includes running publicly-traded investment firms, is CFO Jane Rafuse and COO Felix Seiler along with regional vice presidents, who report directly to Seiler.

“Our senior team consists of individuals with operational, legal, financial, accounting and human resources skills. You bring all that together and everyone plays their role,” says Rapps.

The Operations side serves as the leading force behind the company’s overall success. The first step is to get people to come to the hotels and the secondly it’s to ensure they want to return. The whole process of sales, marketing, operations and capital investment really drives the business process.

“Everyone focuses on operations regardless of what their specific role is within the company. We’re looking for people who are smart, hungry, work hard, and bring a large element of common sense to what they do,” explains Rapps.

Rapps makes it clear that Holloway does not just hire people solely from hospitality programs but rather they tend to take on people who come out of all fields with an interest in the industry, but are able to bring various unique perspectives that serve to enhance the overall business.

Much like most public companies, Holloway Lodging Corp. has five regularly-scheduled board meetings; four to deal with the quarterly financial reports that need to be approved and one further meeting to approve the annual budget and any strategic items that may require attention.

“The board – including myself – take responsibility for things like strategy and where the company is going to go and then it up to the team at large to implement that and to contribute to the development of the strategy as well,” says Rapps.

Rapps and the management team take a very efficient and practical approach to organic growth without any forced actions.

“We’re not the type of company that’s going out to try and double its size every year and so because of that the nature of our executive team is slightly different. We’re very focused on making the great deal and because we’re focused on making the great deal as opposed to a bunch of ‘ok’ deals we don’t do many deals. We don’t believe in chasing after growth at any cost,” he says.

Holloway Lodging has been mainly focused on what would be termed tertiary and suburban markets as opposed to primary markets, which would be the likes of Toronto, Vancouver and Calgary. It’s a business plan that has served the company extremely well. However, Rapps says the company is open to all ideas, as long as they make sense both operationally and financially. They expect to see the valuation and quality of the primary properties and that certainly has not been the case from their perspective.

In terms of further geographic expansion, Rapps says it is on the company’s radar, although there is nothing imminent at this stage.

“Holloway’s next area of expansion is likely in the U.S. It can start anywhere and then it will grow logically and organically,” he says.

At a point in time when Holloway does decide to expand, Rapps makes it clear the company will not, for example, have one property in California and one in New York and one in Florida – scattered all about – because the senior managers would end up spending a bulk of their time on planes traveling from place to place.

“We have great people working for us who genuinely care about their guests. We provide a great product for the price. In some markets we have upper end hotels and in many markets we have more economy-style hotels. We deliver a lot of value to our guests in each of those product categories,” continues Rapps. “At the end of the day when someone gets to their hotel after work or if they are with their family they don’t want to have to deal with nonsense. They want a seamless process that allows them to relax and enjoy themselves.”

In the near-term future, Rapps expects to move forward with a steady, methodical approach and continue to provide the excellent quality services that put the customer first. 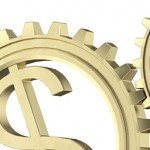 Canada’s Economy is Booming But will it Last? 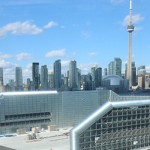