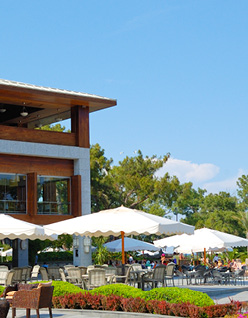 Formed in 2006, Holloway Lodging Real Estate Investment Trust (REIT) is a publicly traded hotel owner and operator. In its short history, the company has made several hotel acquisitions and today its portfolio spans four provinces, including Alberta, British Columbia, Nova Scotia, and New Brunswick, as well as the Northwest Territories and its American-based site in Myrtle Beach, S.C.

Yet as the Alberta oil and gas market began to dwindle, so too did the value of the new properties of Holloway Lodging REIT. This particular acquisition saw Holloway Lodging REIT add 10 hotels to its portfolio, primarily limited service properties situated in smaller, rural markets, and only a few full service hotels in relatively urban areas like Grand Prairie.

“They paid a very high price for the hotels and then proceeded to overleverage them,” Rapps told The Canadian Business Journal. “Then the oil and gas market fell and that really had an impact because the company had overpaid for its assets and was stuck with the debt used to finance the assets.

“During 2009 and 2010, the company was financing its financing charges, so they were borrowing just to make interest payments.”

That same year, in 2010, investment group Geosam Capital Inc. acquired a position in the publicly traded debentures of Holloway Lodging REIT. Rapps, at that time an investment manager with Geosam Capital, would soon join the Holloway Lodging REIT board as part of a proxy fight settlement agreement, which resulted in two board members being replaced. One year later, Rapps was named interim CFO in an effort to improve the company’s capital structure. Holloway Lodging REIT worked to identify its financially failing assets, and assets that could be sold to raise proceeds that could then be used to repay debt and reduce interest expense.

“The company pursued anything that was accretive from a cash flow perspective,” Rapps said. “The process consisted of refinancing the debentures with a bridge loan that covered part of the maturity. The rest was covered by the sale of one hotel.”

Earlier this year, Holloway Lodging REIT announced the conversion of $46 million of 2012 debentures into equity. Although this was negative for the unitholders, Rapps felt it was “absolutely essential” in order to save the company.

“We determined that even if we succeeded in doing everything we wanted, if the economy hit another bad patch, or if oil and gas prices declined again, all our efforts would not have been sufficient to right size the capital structure,” Rapps detailed. “We converted the debentures because now even if we go back to a bad year in our history, Holloway Lodging REIT would be able to sustain capital expenditures that are needed to keep the hotels in proper condition and to sustain all of our debt service obligations without becoming cash flow negative, and that was very important for us.”

Two other hotels were sold at the beginning of the year, which then allowed Holloway Lodging REIT to pay down its bridge loan and repay its outstanding credit line. The net result? Holloway Lodging REIT has reduced its net debt by more than half, $225 million to $107 million, and has increased its portfolio’s net operating income as a result of better market conditions and hotel performance.

“We now find ourselves with the best balance sheet of any publicly traded hotel company in Canada,” Rapps summarized. “We are now in position to take advantage of opportunities, which was never in the cards even six months ago. “We made some tough decisions but we did what we thought was ultimately necessary to right size the capital structure and get the business back in shape, and the effects have been recognized by the marketplace.”

Nowadays, with Holloway Lodging REIT headed in the right direction, the company has received expressions of interest for a potential acquisition or a strategic transaction involving a separate firm, which the company is assessing.

“The idea is to maximize value for our equity holders and we can do that in any number of ways, whether by further reducing debt, by repurchasing units to reduce the equity base, by acquiring hotels, or by disposing of hotels,” Rapps concluded. “We are in a very favourable position from a cash flow and capital structure perspective to have the financial flexibility to do what we need to maximize value.”