CBJ — The federal and Ontario governments are each providing Honda Canada with grants of up to $41.8 million for upgrades and research and development at its operations in Alliston, Ont.

The government money, along with up to $408.3 million from Honda itself, will go toward vehicle-assembly technology, as well as the design and construction of a new paint shop that is expected to cut greenhouse gas emissions nearly in half.

The conditional grants and Honda investment will also go toward research and development “to support production of future vehicle models, including software upgrades and prototyping of new components.”

The investments aren’t expected to lead to any new jobs, but the provincial government says the money will ensure 4,000 jobs at the Alliston facility, which produces the Civic and CR-V models, are retained.

Ontario’s Economic Development and Growth Minister, Brad Duguid, has recently been trying to ease fears that U.S. President-elect Donald Trump will harm the province’s auto sector, after Trump threatened to impose taxes on cars imported into the U.S. from Mexico.

Duguid says Ontario has recently attracted $1.5 billion in new auto-sector investment, including at Chrysler and Ford’s facilities in Windsor and General Motors’ facilities in Woodstock and St. Catharines, which he calls “huge votes of confidence” and says there is “no indication they’ll be adversely affected.”

Honda, Chrysler, Ford, GM and Toyota all have facilities in Ontario — the only sub-national jurisdiction in the world that is home to all five — and assembly and parts production directly supports more than 100,000 jobs in the province. 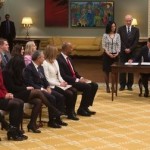 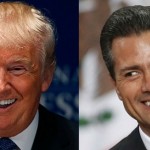