Home | Features | June 18 | How Can You Possibly Predict What Will Happen?

How Can You Possibly Predict What Will Happen?

By now most of the people reading this article will have heard about the sad tragedy that occurred on April 23rd in North Toronto when a man who rented a van decided to plow down pedestrians, many while walking on the sidewalk of Yonge Street during their lunch break. His actions caused the death of 10 people, with 15 more being injured.

It was a horrific event and one that many are likely to never forget. At the time I heard of it, I thought of one of my consulting clients who has an office right at the corner of one of the streets the van passed by and I was concerned for him and his staff. Luckily none of them were injured.

I live not far from the area, so I know it well. Wide sidewalks with great shopping and restaurants and many parts of the street tree lined so that people can enjoy their walk.

Just the other day I was having a phone conversation with someone I know, and the topic of this event came up. He asked me if I believed if the city was at fault in any way for having wide sidewalks and no type of pole or barrier that would prevent a vehicle from mounting the sidewalk to cause such a tragedy.

I replied that I didn’t believe it was the city’s fault at all, but solely the fault of the man who decided to commit these crimes. He then asked me if I believed that the city had at least a 1% responsibility for not being proactive to save its citizens.

I emphatically replied no again!

In the case above, the man I was chatting with believed that the city should be held accountable in some part for not blocking the entire length of all streets to stop someone intent on jumping a sidewalk in a vehicle to cause harm. My thought is if a person wants to commit a crime where they injure another or worse yet kill them, they will find a way – poles or barriers on a sidewalk or not.

Interestingly Yonge Street is one of the longest streets in the world, so how can you ensure that every part of it is blocked in some way to prevent a similar event, let alone every other street in the city?

A city can only do so much to prevent such an occurrence. I believe in Toronto, the police and various security agencies do their best in looking after our population, by planning as much as possible.

Why do I bring this up? Because it got me to thinking about organizations and how they conduct their business with their staff, stakeholders, and clients, and how much responsibility they have in their daily interactions with these people.

Think about this; have you done everything you can to prevent challenges in your business that are within your control? Obviously, you can’t predict everything that is going to happen, but when was the last time, for example, you looked at what your competitors are doing to see how you measure up?

I am not saying that you have to do exactly what your competitors do if it is different than what you are currently doing. But, it is helpful to see what they are up to with their products/services, branding, customer service, website presence, client acquisition etc., to ensure that you have the data needed to remain (or perhaps become) competitive, if not the leader in your field.

At a networking event, I attended earlier this year I asked a relatively new life coach how business was going and he responded that it could be better. So I asked him how many websites of his competitors he had checked out. Did he know what they were offering, did he check how they branded themselves, or did he know of any other services they were offering?

Guess what he answered… no!

He had never checked out a single website of any other type of coach. So I suggested that it might be in his best interest to start doing so. I explained that it wasn’t so that he could ‘copy’ what others were doing, but to understand what was out there in the marketplace, where his potential client could see what was being offered, causing them to make a decision on who to work with.

In my case, when I first started my business I had checked out and documented over 300 websites for coaches and consultants and then another 300 or so for speakers/trainers. This did not include other websites that were totally unrelated to my profession, such as retail companies, digital marketers, and online stores, where I might pick up an idea or two. To this day, I still check out other companies websites to see what is going on in my industry and others.

To be totally transparent, my website has crashed and is currently down – but I get most of my clients through referrals and LinkedIn and the occasional networking event.

Are you taking the necessary precautions to protect your business in any and all ways possible? This can include a pipeline of potential clients, systems to retain current clients, having enough cash on hand should business take a downturn for a while and a number of other areas that often are left until an emergency occurs before the business leaders realize that they have not prepared for such situations.

• If you suddenly lost an unusually high number of clients in the next while, do you have a plan on how to attract new business? If not, when will you make time for this valuable exercise?

• Are you prepared financially for an unexpected downturn in business? If not, what will you start to do differently to ensure that you are covered should something happen?

Sharon Worsley, The Business Development Ninja™ is the creator of the R7 System™ to Flood Your Business With Clients Today, Tomorrow and Beyond, helping businesses to ‘Wake Up, Shake Up, and Show Up’. To learn more, contact Sharon at info@sharonworsley.com 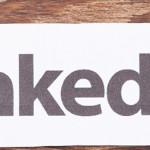 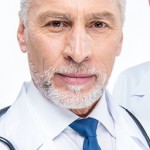