Home | Features | May 19 | How Med-Arb Can Help Resolve Disputes

How Med-Arb Can Help Resolve Disputes

Since 2016 Canadian judges have been frequently calling for the appointment of more trial judges. The five year backlog in moving civil litigation to trial in our largest cities, has left a growing inventory of unresolved lawsuits. The bleak problem of insufficient funding and lack of trial judges does not have to defeat small and medium size business which has the option to mediate or arbitrate disputes out of court. And if the parties choose, both of these processes can be combined as one, namely ‘med-arb’, in order to produce a single process, and an early, less expensive result.

It makes sense for business to consider mediation or arbitration which are very different from one another, or if they wish, to combine both. That happens when mediation proceeds first followed by arbitration should mediation fail. Where parties choose to mediate the first thing they need to do is to agree on the selection of an acceptable mediator. Usually this means choosing a trained, single mediator with experience in commercial disputes.

The parties will be asked to sign a mediation agreement. And under that agreement they will equally share the costs of the mediator billed at his hourly rate plus HST, along with any facilities costs such as conference room, break-out rooms, and food and refreshments, should the parties not have their own facilities.

The mediator must be neutral, fair and impartial and must treat each of the parties equally. The task of the mediator is to listen to the facts presented by each side, ask questions when necessary, determine the parties’ interests, and then determine the interests they share. The more they have in common, the easier it is to propose solutions that meet as many shared interests as possible. Quite often, the parties will ask the mediator to express a legal opinion as to the relative strength or weakness of each party’s position. Only if they agree that the mediator is to evaluate their positions, will he express an opinion as to the likelihood of success or failure were the dispute to go to trial. However, this will occur only if the mediator is a lawyer.

Once the parties’ have identified their common interests, they then move to the single most creative step in mediation, namely “brain storming”. With the mediator’s assistance, they will be asked for their input on a critical path to end the dispute. And that critical path will typically take shape as the mediator asks the parties a series of ‘what if’ questions that act as the framework for agreement. Where the mediation succeeds, the mediator will write a memorandum of agreement and have the parties sign it. All that remains, is for them to do as they have promised.

Should the mediation fail, it most likely will be because of some significant issue of principle whether legal, accounting, scientific or technical. And where this happens, the parties can ask the mediator to change hats and act as an arbitrator which would empower him to decide the dispute on principle. The problem however, is that by the end of the mediation, the mediator may have a leaning toward one side or the other. Arbitrators like mediators are also obliged to act fairly, neutrally, equally and without bias which could be problematic if the mediator is leaning toward one side or the other.

While mediators do not decide anything, arbitrators, like judges, make binding decisions. It may be safer for both sides to have the mediator step aside and have an alternate arbitrator step in to arbitrate. It is at the beginning of the process that the idea of combining mediation and arbitration needs to be discussed and agreed to in writing. Should the technical issue that is the stumbling block not be legal, it may be better to name three arbitrators, one of whom is a lawyer and two others that have the required technical expertise. By naming three arbitrators there is no risk of deadlock. A two-third’s majority is sufficient.

Should the parties have agreed at the outset to move from mediation to arbitration they will need expert evidence to be given relating to any technical issue that stands in their way. Because success at mediation is not guaranteed, any expert evidence will need to be obtained and disclosed sufficiently in advance of the date set for mediation. The parties will also need to consider the volume of documentation whether paper or electronic that they may want to produce to the mediator. In addition, they will need to consider whether each side wants to examine the other under oath and order transcripts, or whether they are content to provide their evidence to one another in affidavit form. Avoiding formal examinations and transcripts, which is standard in our courts, saves considerable costs.

Because less is generally more, the quality of a party’s documents trumps quantity. At the end of the day, unnecessary documentation lengths the process, makes it more costly and gives the mediator-arbitrator more to think about. Because all of the non-technical facts will have been discussed during mediation, the arbitration phase can proceed by focusing strictly on the technical issues that act as the stumbling block. Combining mediation and arbitration, if it is done efficiently, can allow for early resolution and significant cost savings for all concerned. And by staying out of court, the dispute can be kept strictly confidential especially if the facts are embarrassing or involve sensitive proprietary information. 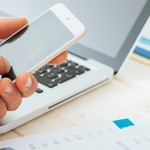